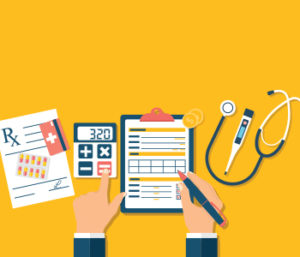 “The market had a significant negative reaction to ACA, now we can see those numbers come down to a much more reasonable rate,” Windfeldt said. “[Costs are] still going up, but not the double-digit increases like we’re used to.”

Through his first year in office, President Donald Trump has attempted to cut ACA regulations where he can, however Republicans and Democrats remain at odds about the right ways to approach healthcare costs.

“It’s creating additional uncertainty for our carriers and if they don’t understand what the risks look like, none of us do,” Korbulic said. “It creates a risk of unknown and to compensate they increase the premiums and we’ll likely see increases next year.”

Because of the uncertainties and recent policy changes at the federal level, a study by Covered California, California’s health insurance marketplace, found premiums could increase nationwide by between 12 and 32 percent in 2019. The study, released March 8, had Nevada in its lowest risk category, with a cumulative increase of 35 percent by 2021. Regardless, Silver State Health Insurance Exchange no longer offers plans for businesses and doesn’t plan to offer them in 2019, Korbulic said.

“They haven’t been a successful endeavor across the country,” said Korbulic of business plans. She added that the marketplace focuses on individuals in need of health insurance options.

A major factor when it comes to curbing health insurance costs will come down to all parties involved — providers, insurers and payers — working together for solutions, Livingston said.

“We need to collaborate to solve the healthcare equation, working together for a long-term, sustainable and high-quality health system that is affordable and accessible,” Livingston said. “How do we work across silos and come up with the solution? Each silo has tried to address the issues, but we’re now at the point we have to work together. A lot of the hurdles are broken down, so we’re starting to see that collaboration and we just need to continue that momentum.”

Livingston said the high-cost drugs provide care for conditions necessitating the care, but to truly bend the cost curve back down the parties need to focus on population health strategies and incentives based on health.

As the pillars begin to work together, three large corporations announced in January they will work together to bring down healthcare costs. Amazon, Berkshire Hathaway and JPMorgan Chase joined forces earlier this year to help curb costs for their workforces. The three companies employ more than a million people. According to the companies themselves, the initiative will be enacted through an independent company created without profits in mind.

“The ballooning costs of healthcare acts as a hungry tapeworm on the American economy,” Berkshire Hathaway CEO Warren Buffett said in a released statement. “Our group does not come to this problem with answers. But we also do not accept it as inevitable. Rather, we share the belief that putting our collective resources behind the country’s best talent can, in time, check the rise in health costs while concurrently enhancing patient satisfaction and outcomes.”

While details of the alliance have yet to emerge, it is efforts similar to the trio’s that could have significant impact on the costs, said Livingston.

Other companies have ideas of their own to battle rising costs. CVS Health bought health insurer Aetna in December for $69 billion. A group of 20 companies, including American Express, Caterpillar and Marriott International, came together two years ago to form Health Transformation Alliance to improve healthcare benefits, according to the trade journal Employee Benefit News.

While he admires the major companies coming to the table, aside from the efficiencies the mass of employees offer, Windfeldt isn’t sure much more is possible.

“It’s great that these large employers are getting more involved in the health insurance, healthcare equation,” he said. “To really get a significant effect on lowering costs, you have to get into the delivery system.”

There is a collaboration of healthcare systems attempting to disrupt the manufacturing and delivery of generic pharmaceuticals, led by Salt Lake City-based Intermountain Healthcare, along with Ascension, SSM Health, Trinity Health and the U.S. Department of Veterans Affairs. The five organizations have more than 450 hospitals in the U.S. and are creating a not-for-profit generic drug company, according to an announcement in January.

The company aims to cut costs of generic drugs, some of which have seen arbitrary price increases of more than 1,000 percent, according to the release.

“It’s an ambitious plan,” Intermountain Healthcare CEO Marc Harrison said in the statement, “but healthcare systems are in the best position to fix the problems in the generic drug market.”

Similar to the healthcare system group, Amazon could enter the pharmaceutical business as well. Harrison told National Public Radio’s program Marketplace the healthcare group has had discussions with the Amazon, Berkshire Hathaway and JPMorgan alliance as well.

Similar to his thoughts regarding companies trying to cut down on insurance costs, Windfeldt is hesitant companies getting into the pharmaceutical business will have too much of an effect. While they can help cut the costs of generic drugs, patents restrict the specialized medicines.

“It’s all great, but when you look at pharmaceutical spending, the driver is the specialty pharmaceuticals and you can’t just go and make those,” Windfeldt said. “The only way to have true change is regulatory and have Congress set what you can mark up and how much they can charge.”

“Employers are looking beyond just healthcare and putting a much larger emphasis on wellness,” he said. “There can be collaborative designs focused on incentives for members who adopt healthy lifestyles.”

Healthy lifestyles are key and poor lifestyle choices and chronic illnesses are the main hurdle to curbing high healthcare costs, Windfeldt said, adding 30 to 40 percent of healthcare spend is taking care of issues caused by poor lifestyles, such as diabetes, congestive heart failure and obesity.

“Some people walk that line and live a healthy lifestyle,” he said. “How do you get the rest of the world to follow that, for people to not want to be on 15 meds and wake up feeling miserable every day?

“So much of [health issues] are preventable and we have to break through that barrier, but how do you convince a significant portion of the population to take care of themselves the right way?”

While more employers are interested in health and wellness programs, Windfeldt said it’s not for employee attraction, but retention and future cost reductions.

“Ten years ago, I couldn’t give them away,” he said of health and wellness programs. “Employers are now interested because they want to know what they can do to keep costs down.”

As employers look for ways to reduce costs, their leaders are increasingly involved at the table in insurance discussions, Windfeldt said.

“Because health benefits are such a significant part of expenses, you’re seeing businesses take an active approach,” he said. “A year ago, you wouldn’t talk with the CFO or CEO. Nowadays those are the first two at the table.”

Livingston added that progressive insurers and payers who want to work together are coming up with customized solutions to help control costs and attract employees. With more residents accessing health insurance through their employers — and Nevada unemployment at 4.9 percent as of January — it creates a challenge for the state’s individual market place, Korbulic said.

She mentioned a policy that could allow small groups, such as chamber of commerces, to band together to help create buying power for better premiums.

“We want a healthy risk pool,” she said. “This may be an opportunity for individuals who make salaries outside the limit for subsidies to find a more affordable option.”

Beyond individuals, employers should not select a plan simply based on lowest cost, Livingston said.

“They need to look for the right solution,” he said. “That’s not always the lowest cost, most insurers want to develop those solutions and each employer has a unique need, so they need to work together to come up with them.”

In the future, Windfeldt said insurers are increasingly excited for the role genetics might play in curbing healthcare. A better understanding of the role genetics play in a person’s health can help a person live a healthier life, he said.

“That will be a game changer,” he explained. “We’re trying to look at tools to help individuals create a genetic roadmap to help create significant opportunity to reduce costs in the long-term.

“That advancement, three to four years ago, we’d talk and cringe and say, ‘That’s not something we’re interested in.’ Now we’ve done a 180 and wanting to advance it and see an opportunity.”

While healthcare costs don’t appear near a period of reduction in the short- to intermediate term, executives do have hope for the future with plenty of wheels in motion. Korbulic said there are some ways for the government to halt the rising costs, at least the steep climb.

“The low-hanging fruit is to stop attacking it and invest in the infrastructure instead of tearing it apart limb by limb, letting us wither on the vine,” she said.

In Nevada, Korbulic said Silver State Health Insurance Exchange is focused on creating a more competitive marketplace, which was hampered when two carriers exited the exchange this year. The exit left Nevadans in 14 counties with one carrier. Lack of competition hurts pricing, Korbulic said.

“With rural coverage, it’s always been a challenge to have a competitive market,” she added. “When you have one hospital, there’s not a lot of negotiation. There is finite pricing you can’t negotiate around.”

Government actions, however, will remain uncertain for the foreseeable future and insurers are hesitant to talk about any policy changes as good or bad, but they are watching closely.

“We have to watch and pay attention,” Livingston said. “We need to pay attention to whatever changes are made and we need to make sure there are still options for affordable, high-quality healthcare widely available for everyone. We want to make sure we’re delivering and compliant with the law and make sure we focus on our customers.”