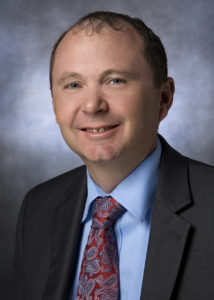 LAS VEGAS – An annual survey of small business owners and managers throughout Nevada reveals record levels of confidence in the economy, with more than 87 percent of those surveyed believing Nevada’s economy is headed in the right direction.

The statewide scientific survey by local firm Applied Analysis was conducted during January on behalf of Nevada State Bank. To ensure it is statistically significant, the bank surveyed more than 400 small business decision-makers, including owners, operators and executives representing businesses with annual sales ranging from $250,000 to $10 million.

Highlights of this year’s survey include:

The bank’s annual survey asked questions about the economy, finance, employment, community involvement and the overall outlook for small businesses in Nevada.

While optimism about the economy was shared statewide, the survey also shed some light on regional issues. For example, more than 37 percent of business leaders in Southern Nevada believe the stadium being built just west of the Las Vegas Strip will have a positive impact on their business. Meanwhile, more than 41 percent believe the recent wave of professional sports teams moving to Las Vegas will boost their business.

“This makes sense, since we have an increasingly tight housing supply in both the Reno and Las Vegas areas and since home prices in Reno are now higher than they are in Las Vegas,” Shirey said. “This is an issue worth watching.”

As in past years, the survey showed small business owners throughout Nevada continue to face challenges in recruiting quality employees. Nearly 69 percent said it was somewhat or very difficult for them to recruit quality candidates, though that was down slightly from nearly 71 percent in last year’s survey. A shortage of candidates with sufficient experience was the most common reason cited for this challenge. As a result, more than 32 percent of business leaders said they plan to recruit people from outside Nevada, which is an increase of more than 5 percent from last year’s survey.

Nevada State Bank, a division of ZB, N.A., is a full-service bank offering a complete range of consumer, private and business banking services with branches statewide. Founded in 1959, Nevada State Bank serves 20 communities across the state of Nevada. ZB, N.A.’s parent company is Zions Bancorporation, which is included in the S&P 500 and NASDAQ Financial 100 indices (NASDAQ: ZION). For more information on Nevada State Bank, call 702.383.0009 or access www.nsbank.com.