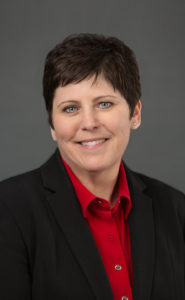 Contine to Focus on Administrative and Regulatory Law

RENO — Kaempfer Crowell, a law firm with offices in Las Vegas, Reno and Carson City, announced that Deonne Contine has joined the firm following a three-and-a-half year appointment as executive director of the Nevada Department of Taxation.

During her tenure with the Department, Contine led the effort to implement the Commerce Tax enacted during the 2015 Legislative session, and was the chief regulator implementing Nevada’s new medical and recreational marijuana licensure and regulatory structures.

“All of us at Kaempfer Crowell are extremely proud to have Deonne Contine as part of our team,” said Bob Gronauer, managing partner. “As one who was intimately involved in the development of Nevada’s tax laws and regulatory structure, she brings a wealth of experience and knowledge that will be of great benefit to all of our clients.”

Prior to her executive role with the Department of Taxation, Contine served as legal counsel in the Attorney General’s office and won three cases before the Nevada Supreme Court in which District Court decisions issued against her clients were overturned.

“I will always be grateful to Governor Sandoval for appointing me to lead the Department of Taxation,” said Contine, “and I am excited to join Kaempfer Crowell and bring the same level of commitment, work ethic and skill that I have demonstrated throughout my years in public service to this well respected and true Nevada law firm.”

Contine received her undergraduate degree in political science from the University of California, Berkeley and her Juris Doctor from the Boyd School of Law at UNLV.

With offices in Las Vegas, Reno and Carson City, Kaempfer Crowell is recognized as one of Nevada’s top law firms for Government Relations, Land Use & Zoning, Litigation, Gaming, Energy & Natural Resources, Real Estate, Bankruptcy, Telecommunications, and Labor & Employment. The firm has more than 30 practicing attorneys, the majority of whom are native and long-term Nevadans. Kaempfer Crowell’s lawyers counsel top corporations, business owners and individuals. The firm’s attorneys are routinely rated among The Best Lawyers in America© and Chambers USA.