You are here: Home / Press Release Wire / When Body Image Is Everything, Depression May Ensue 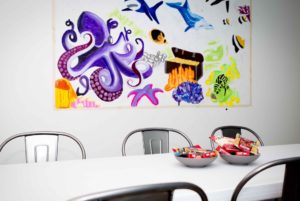 Mirror, mirror on the wall, who’s the most troubled of them all? Maybe, given a hate-hate relationship with food and body image, it’s Americans.

Teens may be particularly vulnerable to eating disorders because of pressure from social media shaming.

“Some teens,” he said, “combine undereating or overeating with excessive exercise.”

Levander said people with eating disorders often struggle with body image distortions, which can disrupt their normal activities and relationships and scuttle occupational and educational successes.

Myth: Eating disorders are all about control or are triggered by unrealistic body images portrayed in the media.

Truth: Although control issues or media images may contribute to eating disorders, there are myriad reasons for them, George Livengood LMFT, Destinations for Teens’ residential services director, explained. “Understanding people with eating disorders begins with determining why those people practice eating disorder behaviors.” He said.

“A family’s response to stress can influence eating disorders,” Levander said. “This is not to blame others but to shed light on potential issues. Other factors are psychological issues like poor coping skills, control issues, trauma, family trouble or social issues.”