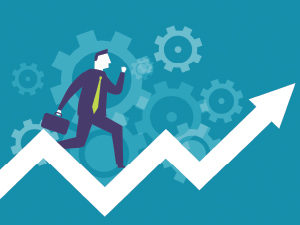 Nevada’s employment landscape is one with numerous available jobs but an insufficient number of qualified people to fill them, experts said.

“It’s an employee’s market,” said Peggy Walker, referring to Northern Nevada. “If somebody’s not working, there really is no excuse. They’re able to pick and choose.” At the same time, she said, “there are not enough skilled workers.” Walker is the regional director of the Northern Nevada franchise of Manpower, a staffing company that specializes in warehouse/industrial work. It has offices in North and South Reno, Sparks, Carson City, Fernley, Fallon, Winnemucca and Elko.

The situation is the same in Southern Nevada, too, said Bob Daniel, owner and strategic partner of PrideStaff Las Vegas, which specializes in placing workers in light industrial and administrative positions.

“There are a ton of jobs available. I can’t understate and overstate that it’s so dog-gone tough right now to find that right individual [for a given position],” he said.

During that same period, the Silver State’s labor force expanded by 19,300 employed or job-seeking individuals. Despite this trend, the state’s unemployment rate dropped. Among Nevadans willing to work, the seasonally adjusted jobless rate was 5 percent as of November 2017’s end, which compares to 5.2 percent a year earlier. The demographic with the highest jobless rate then was teenagers and young adults.

Even the unemployment rate among discouraged, marginally attached and part-time workers, classified as U-6, has decreased since last year. It dropped to 11.4 percent in October 2017 from 12.5 percent in October 2016, according to data from Las Vegas’ RCG Economics, a market trend analysis and economic research company.

“As the state’s labor markets have improved, more individuals have begun or renewed their search for work, which limits downward pressure on the jobless rate,” noted DETR’s November 2017 labor market report.

“I’ve seen a real pickup in the last year in Southern Nevada,” she added. “To me, it’s very exciting. I see a difference.”

Given the inadequate pool of skilled candidates actively seeking positions and the fact companies like to try out a potential employee before hiring them, Nevada staffing firms are busy. These businesses find and place workers in jobs for which they’re well matched in terms of skills and company culture. In fact, some of these companies are expanding. At the start of the year, PrideStaff Las Vegas added a business unit dedicated to gaming and convention services. Sierra Staffing and Millenium Staffing each plans to open an additional office this year.

Further, competition in The Silver State’s staffing industry is increasing.

“Due to low barriers of entry and low unemployment rates, the landscape is enticing for new businesses. This makes relationships with clients extremely important for our business,” said Cole Fletcher, director of sales and recruitment, Sierra Staffing Group in Reno, which provides contract, temp-to-hire and direct hire placements for executives and professionals. The company specializes in accounting/finance, information technology, administrative management and supply chain/warehousing.

To attract the workers they want, many Nevada companies must pay higher wages, said Fletcher, and perhaps to retain the employees they have, offer incentives.

“The quicker everybody gets on board, the easier it will be to attract outside talent,” he said.

The compensation packages that many Northern Nevada companies offer, “remain at levels seen four to five years ago and have not increased accordingly with market growth. This has hindered their ability to employ the level of workforce they desire,” Fletcher said. He noted that some, but certainly not most, of his firm’s clients have bolstered pay rates.

DeHaven said, in her experience in Southern Nevada, most clients understand the need to boost pay. Some, though, may have budgets that prohibit them from doing so.

“At that point, it’s my task to explain at that budget, this is what you’re going to get,” she added. “We simply can’t grow that skill set at that pay rate; it doesn’t happen.”

Companies that can’t or won’t pay more likely will have to settle for and train workers who may lack some of the necessary skills for the job.

“Flexibility is the name of the game,” said DeHaven.

Perhaps passage of the federal Tax Cuts and Jobs Act will better position companies to be able and inclined to offer more robust compensation.

“I see companies investing more into research and development, innovation and expansion,” Fletcher said. “That will open opportunity for job creation and increased budgets for staffing.”

The average weekly wage in Nevada actually continues on its steady but incremental climb since its most recent low of $817.75 in 2010, per Nevada DETR numbers. As of second quarter 2017’s end, it was at $900, which marked the highest second quarter reading on record for the state and was close to $906.32, the figure for the United States as a whole.

In Southern Nevada, great demand exists among employers for workers in the light industrial or manufacturing/warehouse, call center and clerical sectors. Yet, despite Clark County’s unemployment rate—5.1 percent as of Nov. 30, 2017, not seasonally adjusted, per Nevada DETR—companies aren’t desperate, Daniel said.

“Employers are not succumbing to the warm body theory that anybody is preferred to nobody,” he added. “They’re willing to take their time to find the right individual.”

Washoe County’s jobless rate is lower than that of its southern counterpart, Clark County. As of Nov. 30, 2017, it was 4 percent (not seasonally adjusted), according to the Nevada DETR.

“There are more jobs here than there are employees,” Walker said.

The greatest demand is for supply chain, warehouse/distribution and accounting/finance workers along with managers and directors. Warehouse/industrial work typically is available in Reno, Sparks,

In Southern Nevada, the hardest jobs to fill are those in professional services, particularly jobs in accounting, information technology and administrative assisting and positions for generalists versus specialists.

“That seems to be almost an Achilles heel, trying to find that right IT type of person to fit in,” said Daniel.

“During the holiday season and end of [the] fiscal year, we noticed that many employers do not have the staff needed to meet demand,” Fletcher said.

High-end jobs, for supervisors and accountants, for example, and some specialized positions, such as specialty welders, are the most difficult to fill. The current trend of employees, particularly at the managerial level, migrating to larger companies, perhaps for greater compensation and advancement opportunities, exacerbates it, Fletcher said. “It’s been a huge issue to attract new talent again,” he added.

To fill those jobs, staffing agencies sometimes have to recruit people who already are working, Walker said. Either that or they get creative. That might include pairing up with local colleges and universities, pursuing students about to graduate, encouraging companies to offer paid internships and looking outside the state.

This year Sierra Staffing plans to roll out a quarterly resumé development workshop for the job candidates it represents to ensure they’re working with the most effective vitae possible. Millenium Staffing plans to expand the training programs it provides its clients as they need them. Say an employer client would like Millenium to hold a call center skills class for some of its workers, it most likely will.

Today, staffing companies use technology for convenience, time saving and simplifying the candidate placement process. For example, text messaging rather than phone calling is their primary way of communicating with job candidates. With one text, they’ll notify potential workers of a newly open position or remind a candidate their job starts on such and such day.

PrideStaff uses Shiftboard, a staff scheduling and workforce management software, which allows the agency to post available positions, job seekers to accept positions and the placement firm to confirm with their client, jobs have been filled—all without any of the parties speaking to one another.

“Because of the reduced direct client interaction and addition of third party platforms, the recruiting process has become less transparent and more informal,” Fletcher said.

Experts expect Southern Nevada’s unemployment rate will decline slightly in 2018 and, consequently, wages will increase. Additionally, the creation of additional desirable jobs will continue. As such, it will remain a challenge to fill higher-level, higher-skill positions.

The demand for workers in Northern Nevada, particularly lower level and nonskilled, is expected to grow, for warehouse-type jobs for instance, providing opportunity for people in the unemployment pool to get work, according to the experts. The jobless rate likely will stay static or perhaps creep down slightly if members of the U-6 population become employed. This set of circumstances will make it even more of a struggle to fill certain openings.

“A focus will need to be on relocation packages as well as flexibility with client requirements,” Fletcher said.

“There are always going to be individuals who are willing to work at any job but the secret is to really find those individuals in those ‘professional’ areas,” Daniel said. “As that number of individuals continues to decline, what they’re going to be asking for is greater. The labor market is going to continue to be tight, but I think he who has the best employees wins.”

DeHaven remains bullish on Nevada’s employment outlook, she said, as long as the major players continue to provide the necessary training resources.

“I think that 2018 truly is going to be a very, very good year, not only for our industry but definitely for the community and the state,” she added.