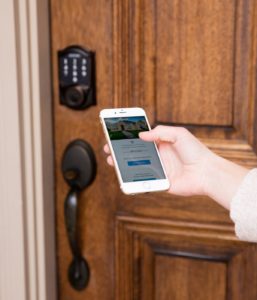 Southern Nevada’s housing market is booming again, but the stress of buying or selling a home is keeping would-be consumers sidelined.

Opendoor, a San Francisco-based home buying and selling company surveyed more than 1,000 Las Vegas homeowners and found 31 percent said they would rather get a root canal and 28 percent would rather get a colonoscopy than sell a home.

Opendoor, which has offices in Las Vegas, developed a system to allow quick sales online, in just days, with best-in-market valuations.

Opendoor’s app lets buyers check out any Opendoor property for sale on their schedule with the simple touch of an app. Opendoor also offers a 30-day money back guarantee. If a buyer moves in and doesn’t like the house, Opendoor will buy it back, no questions asked.

Opendoor, which opened its first office in Phoenix in 2014, was named one of the top 25 billion-dollar startups of 2016 in Forbes magazine. Visit www.opendoor.com/homes/las-vegas for information.

Q: “What would you do if moving was stress-free and simple?”

Q: As a Las Vegas homeowner, are you thinking about moving?

Q: What are your worries about the sales process in Las Vegas?

Q: How do you feel about living in Las Vegas and Nevada?