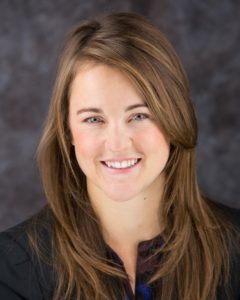 Reno – Dickson Commercial Group (DCG) congratulates Lindy Deller on receiving the 2018 NAIOP Volunteer Of The Year Award, a nationwide award for outstanding commitment to the organization.

Deller was instrumental in creating the Developing Leaders Institute class for NAIOP Northern Nevada. Working with prominent leaders in the commercial real estate industry, Lindy created a comprehensive 8-month program, which covered every component of the development process from start to finish. A select group of 12 students were chosen to participate in this prestigious inaugural program. In addition, Lindy created a quarterly speaker series featuring successful developers and industry leaders in a discussion of their past, present, and future. The program most recently featured Kris Thompson and Lance Gilman, featuring a tour of the Tahoe-Reno Industrial Center and Tesla.

Deller serves as the Developing Leaders chair for NAIOP Northern Nevada, and was elected to the NAIOP board of directors in January 2018. She is actively involved in the coordination of NAIOP programs, and serves on the Government Affairs Committee as well. She has been an agent with DCG for two years, specializing in retail and office sales and leasing, and has been instrumental in the growth of the Developing Leaders program throughout northern Nevada.