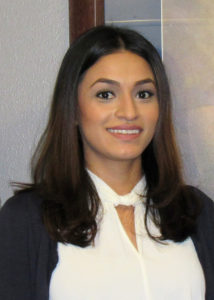 The scholarship – named in honor of the late Waldo De Castroverde, a former criminal defense and immigration attorney in Las Vegas – is awarded annually to a law student currently attending Boyd School of Law, as recommended by the faculty.

This year, the amount of the scholarship is $2,000 and will be awarded for the spring 2018 semester. The scholarship funds are donated by De Castroverde Law Group.

“The demand for expertise in immigration law has never been greater particularly here in Southern Nevada,” said Daniel W. Hamilton, dean of the UNLV William S. Boyd School of Law.  “The Waldo De Castroverde Scholarship recognizes a law student who is actively contributing toward immigration law and policy. We are grateful to the De Castroverde Law Group whose ongoing support allows us the opportunity to continue the legacy of a community leader.”

Additional information on this scholarship is available at here.

Waldo De Castroverde (1941-2014) was born and raised in Cuba. After finishing high school, he attended college in Cuba for a few months before moving to the United States in 1960. In the U.S., Waldo enrolled in the military, and was one of 1,400 Cuban exiles selected for the U.S. government’s planned invasion at the Bay of Pigs, with the goal of overthrowing Fidel Castro and establishing a non-communist government friendly to the United States.

Waldo served as a paratrooper and was captured during the Bay of Pigs invasion. On two occasions, he was part of a group of captured soldiers selected by Fidel Castro to go to the U.S. with the goal of negotiating a ransom agreement with the Kennedy administration that would free all of the captured soldiers. Negotiations failed, and Waldo was sentenced to a 30-year prison term in Cuba. Waldo spent a total of 20 months in prison before being released on Dec. 24, 1962, after successful negotiations between Castro and U.S. Attorney General Robert F. Kennedy.

Following his release, Waldo returned to the U.S. and moved to Los Angeles, where he got married. He attended L.A. City College before graduating from Mount Saint Mary’s College in Los Angeles in 1970. Following his graduation, Waldo moved his family to Miami, where he worked as a teacher and sold insurance for seven years. In 1977, he moved to Reno, where he worked in casinos while attending law school at night.

Waldo eventually graduated from law school at Nevada School of Law, Old College, in Reno in 1985, and took the bar exam in 1986. He worked as a deputy attorney general in Carson City until 1991, when he founded the Law Office of Waldo De Castroverde. In 1993, Waldo moved to Las Vegas, where he established a second office. His sons, Alex and Orlando, helped out in his office, and were inspired by Waldo to become lawyers.

After graduating from law school, Orlando joined Waldo’s practice. Eventually, in January 2005, Alex and Orlando founded De Castroverde Law Group and Waldo joined the firm in an “of counsel” capacity. Waldo practiced in the areas of criminal defense and immigration.

Waldo was fluent in Spanish and represented Spanish-speaking clients. He wrote two Spanish-language books, “Que La Patria Se Sienta Orgullosa: Memorias De Una Lucha sin Fin,” and “El Circulo De La Muerte.” He was active in the Southern Nevada community as a member of the American Immigration Lawyers Association, and in Miami as a member of the Association of Bay of Pigs Veterans.