You are here: Home / Press Release Wire / Brunch to Broadway Springs into a Second Venue with New Show Dates for Spring and Early Summer 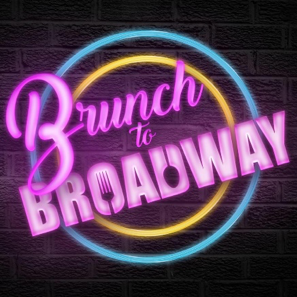 LAS VEGAS – Due to popular demand, Brunch To Broadway announces a second Station Casinos venue to the roster and double the dates. In addition, a portion of the shows will continue to benefit several local performing arts organizations.

Santa Fe Station has been named as the show’s second home debuting on February 18, March 18, April 15, May 20 and June 17 at 1:00 p.m. with Smokey Joe’s favorites such as On Broadway, Hound Dog, Jailhouse Rock and the unforgettable Stand By Me performed by a star cast ensemble at the Chrome Showroom.

Red Rock Casino, Resort & Spa has also released new show dates to include their 12:00 p.m. or 2:00 p.m. Sunday shows on February 11 featuring Jordan Toure and February 25 featuring Taylor Lam, both from Broadway in the Hood (www.broadwayinthehood.org) at 12:00 p.m. and 2:00 p.m.

Enjoy your favorite Broadway tunes in this high energy fun filled, 50-minute, family friendly show and Tickets available online, at the Red Rock and Santa Fe Station Rewards Centers, and at the door for $20 or with a buffet pass for $32 at Red Rock and for $30 at Santa Fe Station (ticketing fee not included) Buffet is intended to be enjoyed on your own time after the performance. Tickets for the Sante Fe Station performances are available at https://www.stationcasinoslive.com/santa-fe-station/ or for the Red Rock Hotel performances at https://www.stationcasinoslive.com/red-rock/.

About Brunch to Broadway

Brunch to Broadway is a musical tribute to many of the most iconic songs ever performed on the Broadway Stage, brought to you in a matinee setting. Backed by a rocking live band and six singers whose combined professional experience span TV, film, the Broadway stage (including two Tony nominees), major cruise lines, national and international touring shows, various headliners, and several of the biggest local and professional shows in Las Vegas, “Brunch to Broadway” is a classy, high energy show that is sure to delight audiences of all ages! www.BrunchToBroadway.com.