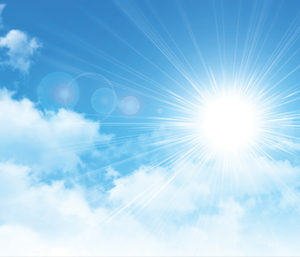 It’s been a decade since the great recession hit Nevada. As we start the new year of 2018, the state’s economy overall remains in recovery mode, with the majority of related metrics remaining below their peaks in 2006 and 2007.

Looking forward, we can expect continued steady, incremental growth of the economy in the Silver State at both regional ends, experts said, which is preferable over a rapid, unsustainable rate.

“Things may slow a bit from this year, but we see continued expansion of the local economy and no signal of recession locally,” Dr. Stephen Miller said in reference to Southern Nevada. He’s the director of the Center for Business and Economic Research (CBER) at the University of Nevada, Las Vegas (UNLV).

Brian Bonnenfant echoed the sentiment for Northern Nevada, describing the outlook as, “steady she goes, more of the same and a mirror of what happened in 2017.” Bonnenfant is the project manager at the University of Nevada, Reno (UNR) Center for Regional Studies.

Two metrics that seem to prove this expectation for Nevada as a whole, Miller said, are CBER’s Coincident Employment Index, which indicates how the economy is performing today, and its Leading Employment Index, which predicts how the economy will do in the next four to six months. As of Sept. 30, 2017, the most recent data available, both indices were on an upward trend.

Primary growth drivers in the south will be tourism, tourism-related investments and construction, said John Restrepo, principal, Las Vegas-based RCG Economics, an economic and financial consulting firm. Other contributing factors will be continuing expansion of the retiree population along with activity in the warehouse/distribution and logistics sectors.

In the north, new jobs are being added at a rate of about 4 percent, or between 7,000 and 10,000 jobs annually, in the Reno-Sparks Metropolitan Statistical Area (MSA). An “in-migration” of people to fill them will drive the economy, Bonnenfant said.

A wild card that will affect Nevada’s economy is the recreational marijuana industry, which is, “breaking records in terms of revenue in the first couple of months compared to Oregon and Colorado,” Miller said. Federal legislation concerning taxes and/or health insurance coverage, along with geopolitical events, could also have an impact.

Nevada’s U-6 jobless rate (unemployed, marginally attached and forced part-time workers) is expected to remain above 9 percent through 2018, Restrepo said, according to data from RCG Economics. As of Sept. 30, 2017, it was 11.4 percent, the third highest in the United States, whereas the reported, seasonally adjusted unemployment rate for Nevada was 4.9 percent.

Specified by county, the preliminary non-seasonally unadjusted jobless rate as of October’s end was 5.1 percent in Clark, according to statistics from the Nevada Department of Employment, Training and Rehabilitation (DETR). It was 3.9 percent in Washoe, the highest at 6.4 percent in Nye and the lowest at 3.1 percent in Eureka.

In Southern Nevada, employment should continue to grow but more slowly than in 2017, at a rate of just under 2 percent, Miller said.

Northern Nevada should expect about a 4 percent growth rate. When compared to the jobless rate, that’s full employment, Bonnenfant said, which necessitates new population to fill the added jobs. Employment categories “to keep an eye on in the next couple of years,” he said, are business and professional services, manufacturing, healthcare and education.

In 2018, the state will continue to experience a dramatic deficiency of construction tradespeople and laborers. About 82,700 construction jobs were recorded in Nevada for September 2017, reflecting a 5.5 percent year-over-year growth, RCG Economics data revealed. About 15,000 of them were in the Reno-Sparks Metropolitan Statistical Area.

For projects to be built in 2018, the Las Vegas Valley is an estimated 10,000 construction workers short, according to the Collier’s Q3 2017 Las Vegas Research & Forecast Report. The northern region will have to compete with Northern California for workers as reconstruction following the Santa Rose fires takes place, said Bonnenfant.

Along with this general forecast of Nevada’s 2018 economy, experts weighed in on four sectors: tourism, mining, healthcare and real estate.

The tourism industry in Las Vegas should be “innovative, action packed and groundbreaking,” said Rossi Ralenkotter, CEO, Las Vegas Convention & Visitors Authority (LVCVA). “There are a lot of major developments on the horizon that will support [it].”

Debuting this year are Park MGM and NoMad Las Vegas, the two hotels derived from the $450 million transformation of the Monte Carlo Resort and Casino. New city attractions will include the Fly LINQ Zipline Experience and Women’s National Basketball Association games featuring home team, the Spurs.

Las Vegas visitation reached 35.7 million visitors by Oct. 31, 2017, LVCVA figures showed. However, said Restrepo, growth in visitor counts might be slower this year due to an undersupply of rooms and convention space.

The Reno-Sparks-Tahoe region can expect strong, steady growth of its tourism industry this year, said Phil DeLone, president and CEO, Reno-Sparks Convention & Visitors Authority (RSCVA). “We anticipate hotel taxable room revenue in fiscal year 2017-2018 in Washoe County to be up by 7.3 percent and our average daily rate to be up by 3.7 percent.”

The agency is on track to engage a Chinese firm to help target travelers internationally. Domestically, the addition of sales professionals in Las Vegas, Atlanta and Sacramento should help grow the convention business market.

This September, Northern Nevada will host Interbike, a cycling industry conference and expo, which could have about a $21 million, local economic impact. (The Interbike-RSCVA contract is for five years.)

The RSCVA is updating the convention center’s look with new carpet, paint and signs, most of which should be completed by year-end 2018, said DeLone. The authority is also considering expanding the facility by an additional, contiguous 300,000 square feet, for which a feasibility study is underway and expected to be finished in June.

Gaming remains an important part of the region’s hotel-casinos, but a broad array of additional amenities must accompany it to attract playing customers, DeLone said. In fact, in Washoe County, baccarat gaming has climbed steadily to $68 million as of Sept. 30, 2017 since its most recent low of about $62 million, per the NGCB.

Nevada’s statewide mining industry should have a “good” 2018 that likely will resemble that of 2017, said Dana Bennett, president of the Nevada Mining Association, who remains optimistic.

Helping the mining industry are the prices of some minerals/metals. They’re “holding pretty steady and that’s anticipated to continue,” Bennett said. The price of gold in early December was $1,281 per ounce versus the $729.50 it was in November 2008. The copper price was $3 per pound, up from $1.50 in late 2008. The lithium price has been fairly high. It has climbed steadily to $9,100 per metric ton in early December from $4,269 in 2011.

As such, some new projects may come online this year. For instance, Nevada Copper Corp., in late November, announced a development plan to swiftly advance its Pumpkin Hollow underground mine project to a construction phase, aiming to make a construction decision by mid-year and begin copper production next year.

An area of potential growth this year is the high-tech aspect of mining, for instance, with respect to autonomous vehicles, advanced manufacturing and renewable energy, Bennett said.

In terms of geothermal mining, this year will see the Nevada Bureau of Mines and Geology at UNR continue the final phase of its Nevada Play Fairway Project. The research aims to refine geothermal exploration strategies, thereby reducing the risks involved in developing new geothermal systems to produce commercial electricity in Nevada’s Great Basin. Drilling should finish this year and be followed by development of new geophysical surveys. Release of a final report is anticipated in the spring of 2019.

The primary driver for Nevada’s mining industry this year, as always, will be demand for the metals/minerals mined here, said Bennett. For example, gypsum mines are doing well due to the ample construction taking place. The demand for lithium appears to be keeping pace or increasing. In contrast, the state’s barite mines are less busy due to minimal demand.

A federal action in October removed the uncertainty that had plagued mining in the Silver State for some time and, in part, had caused Nevada to drop in the Fraser Institute’s rankings of the Top 10 Most Attractive Jurisdictions for Mining Investment. That cancellation of two federal agencies’ proposed 3 million-acre mineral withdrawal in the Silver State also is expected to bolster its mining industry.

“We are feeling very positive about the year,” Bennett said.

Two major healthcare-related issues will continue in 2018. One, Miller said, is the ongoing inadequate number of physicians to meet the demands of the state’s growing population. The other is the need for state regulation of healthcare to catch up to the technological advancements already in place in the sector, such as telemedicine, Bonnenfant said.

“That’s going to be an ongoing battle that is not very much on people’s radar, but will be a big thing regarding costs,” he added.

In terms of health insurance, covered Nevadans who aren’t receiving related subsidies, will pay more for their plans this year. The approved average rate change between 2017 and 2018 costs for individuals is 31.6 percent among the seven carriers offering coverage, on and off Nevada Health Link, the online marketplace.

“Consumers who receive subsidies have been largely untouched by rate increases, however, those consumers who are not eligible for subsidies have seen dramatic increases to their premiums,” said Heather Korbulic, director, Silver State Health Insurance Exchange, the state agency that helps individuals obtain health insurance through the exchange.

“Some consumers are left with only one insurance company to choose from for their insurance needs,” Korbulic said.

In addition, no health insurance plans for small employers will be available through the SHOP, or Small Business Health Options Program, on Nevada Health Link.

The Silver State Health Insurance Exchange will carry out its Broker Pilot Storefront Program for 2018’s open enrollment season, Korbulic said. Three health insurance brokers will receive $10,000 each to spend on promotion, outreach and/or enrollment activities. The goal is to offset brokers’ costs and, thereby, increase the number of professionals available to help Nevadans enroll for health insurance.

In Southern Nevada, in terms of residential, demand for new homes will continue with supply trying to catch up, Miller said. Total home sales (existing and new) and the median home price have been on an upward trajectory for years and are expected to continue moving in that direction, albeit slowly, Restrepo said. As of Sept. 30, 2017, the median price of a new home in Southern Nevada had reached $336,719 and for an existing home, it had reached $218,408.

As for commercial development, the highlight will be construction of the major tourism-related projects under way or starting this year, Miller said.

In Northern Nevada, the 3,500 apartments under construction in late 2017 are expected to be absorbed quickly by workers relocating to the area to fill open jobs. The construction of single-family homes, however, is anticipated to remain sluggish due to unavailability of necessary workers.

“We see that as a problem for the next couple of years,” Bonnenfant said.

Meanwhile, due to lack of supply, the median price of new and existing homes in Northern Nevada is expected to keep climbing, he added. The median price of a new home as of Sept. 30, 2017 was $326,147. Home price appreciation through 2018 likely will be around 8 or 9 percent, which compares to a normal annual rate of 4 or 5 percent. This trend is continuing to make buying a house less and less affordable.

“At a certain point, it’s really going to be impacted by wages and affordability, Bonnenfant said. “If wages aren’t there, there will be more people renting.”

With respect to commercial activity, the recent restart, after years of lagging, of office, retail and industrial construction should continue gradually. Much of the new office space is medical.

All in all, according to the experts, 2018 should be a year of positive economic activity in Nevada, certainly with some mild growth.

“I think we’re going to see a stable, healthy economy through 2018,” Restrepo concluded.