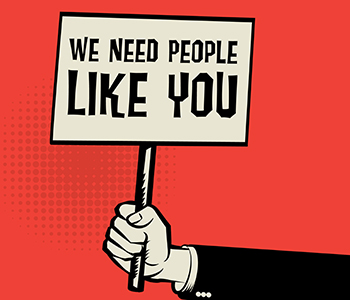 “I started working for our family business in 1973 and we’ve been through a lot of recessions, but none as long as the one that began in 2007,” said Bart Hiatt, president and general manager of A&K Earth Movers, Inc. “Our gross sales went from $50 million a year to less than $25 million. Although we had enough cash reserves to keep the doors open and hold onto our equipment, we lost about half our workforce.” His story is echoed by subcontractors across Nevada, who held on during the long recession but now face a different set of challenges.

As the economy turned around and construction rebounded, the jobs returned but not the workers. “We have the equipment to take on more work,” said Hiatt, “but we don’t have the people to operate the equipment. With fewer workers, it would be difficult to complete a job on schedule, so we’re careful not to take on more work than we can handle. A contractor who can’t complete the work on time could be dinged with liquidated damages.”

A general engineering contractor and subcontractor based in Fallon, A&K now has about 230 employees performing site work, gravel, asphalt and related jobs, even working in mines and out of state if that’s where jobs take them. Hiatt said business finally started to come back three or four years ago and, although they’re still not back to pre-recession levels, he estimates the company is on track to record about $40 million in sales for 2017.

“Our company hasn’t fully recovered as far as size goes,” he said. “We were bigger before the crash when the volume of work was much larger but, as for the overall health of our business, we’re completely back. We have a larger share of the market than we previously had because the market is much smaller.” Specializing in retaining walls, block walls and other masonry jobs for commercial and residential contractors, his company employs more than 500 workers.

Hirschi is also past president of the Nevada Subcontractors Association (NSA) and currently serves on its board. He said the organization’s members are “generally healthy and poised for growth.” Originally formed to protect the rights of subcontractors during construction defect legislation, the group now provides support for members in several areas including legislative affairs, efforts to help the labor shortage and resources for members with issues relating to the Occupational Safety and Health Administration (OSHA). Its 170-plus members include subcontracting companies in all facets of construction, as well as associate members providing materials or services to subcontractors.

“Without a doubt, the biggest challenge for our members is finding skilled labor,” said Hirschi. “It’s more difficult to find skilled labor than it is to find skilled supervisors. That’s been one of our biggest obstacles for the last three years.” Hiatt agreed with that assessment, saying he has a harder time finding field workers and equipment operators than he does supervisors and superintendents, who can be recruited from out of state, especially from California. He added that subcontractors in Northern Nevada who managed to survive the recession can’t grow because they don’t have the people to take on new jobs.

Jim Miller, COO of United Construction, said his company works with subcontractors in all phases of its large-scale projects – everything from earthwork, concrete and structural steel, to electric, plumbing, drywall and painting. The Reno-based company provides design-build construction management services for large commercial projects like distribution centers and big-box stores. “The number one challenge for our subs is a shortage of skilled labor,” he said. “People are entering the workforce because the construction sector is growing and is lucrative, but they lack experience.”

Miller explained that the lack of skilled labor can affect the schedule for projects in two ways. There often aren’t enough people to get the job done on time and there’s also a concern about quality because of inexperienced workers. “As a construction manager, we have to make sure that the work performed conforms to the job requirements and is acceptable to the owner,” he explained. Subcontractors using inexperienced workers make that more difficult, he added.

“It’s definitely an employees’ market,” said Miller. “Benefit packages and wages have been going up to keep folks aboard and bring in new people.” Hiatt said his company tries to be a step above what the market offers for wages and benefits in order to keep its employees. Branching out into different types of projects and a variety of locations in both urban and rural areas and even going out of state when necessary is also an advantage. If jobs dry up in one area, he can shift people somewhere else and keep them on the payroll.

Hirschi said his company amped up its benefits package, offering dental and vision insurance coverage, a 401(k) program and paid time off for all team members, even general laborers. They also began a formal apprenticeship program to develop skilled stone masons and block masons. In addition to on-the-job training, the company offers three months of classroom training they call their School of Masonry.

“We’ve had great success in moving people into skilled positions,” said Hirschi. “We’ve been able to increase compensation for some people as much as 75 percent in less than 18 months. After that, it’s important that we keep these people so our investment in training pays off.”

The current worker shortage is not likely to improve any time soon, according to Hiatt. “A lot of vocational training has gone away, even though there’s good money in construction and people can earn up to $50,000 a year right out of high school,” he said. “We need hands-on construction people, and we’ll continue to need them. Our infrastructure must be maintained and updated and new infrastructure has to be built. Where do we get the people to do that?”

To help recruit high school students and young adults considering their career choices, the NSA recently produced a TV commercial funded by a grant from the Nevada Contractors Board. The ad promotes construction industry jobs and the salaries, benefits and growth opportunities they offer. The NSA is also working with local vocational schools and technical academies, providing support and information for students interested in construction as a career.

Prices on the Rise

Another challenge for Nevada subcontractors is price increases for the materials they need to complete their jobs.

“Our members are all seeing price increases due to rising demand,” said Hirschi. “In some cases, they are incremental increases, but other prices are skyrocketing. Getting price increases into bids in a timely manner and planning accordingly is a challenge all subcontractors face. Prices are an ever-moving target.”

Hiatt explained that prices were held down while business was slow because suppliers wanted to hold on to their customers. Now they’re rising again due to increased demand, not only locally, but from other states, especially in locations that need to rebuild after natural disasters such as the recent hurricanes in Florida and Texas and the fires in Northern California.

An adjunct to the shortage of skilled workers is that inexperienced workers may not be fully aware of the dangers at job sites where equipment, tools, and environmental hazards all present opportunities for injury.

“Safety is a big issue for NSA members,” said Hirschi. “The risk involved in hiring inexperienced people is obviously greater than it is in hiring someone who has been on the field for years. All workers have to undergo a 10-hour OSHA safety training class and be certified, but inexperienced workers still need to be trained and coached on the job site.”

Hirschi said the NSA has a “very aggressive” safety committee that helps members deal with workplace safety issues. “Our association works to develop a strong working relationship with Nevada’s OSHA so we can provide information and resources to help our members meet OSHA’s ever-increasing demands,” he stated.

“The economy is showing signs of great opportunity in the future,” said Hirschi. “We’re on pace for 15 to 18 percent growth in the residential market for 2017, and a lot of homebuilders believe we’re set for 20 to 25 percent growth in 2018. I believe there’s also a good five to six years of great projects on the Strip and elsewhere. If Nevada can get the contract for the Amazon headquarters, that will be a real boost to construction. In the next 24 months, we’re poised for a really healthy economy in Southern Nevada and in the state as a whole.”

Hiatt also expects continuing improvement in the market. He projected that A&K will see 2018 sales of around $45 million, compared to $50 million before the recession. “Nevada’s in a very good place, barring some major national event,” he said. “I predict two to four years of good progress.”

As a design-build contractor, Miller thinks the market will continue to expand for several years since his company has many different types of projects in the design phase, from industrial and distribution projects to work for government agencies including K-12 schools and higher education. He said economic diversification, moving away from gaming and tourism into areas like distribution and technology, will help lessen the impact if the market does slow down.

These new and ongoing projects are good news for Nevada subcontractors looking to rebuild their companies, but they’ll also create more challenges as competition for labor puts pressure on wages and increased demand for materials leads to more price increases.

Nevada subcontractors have had to be resilient and resourceful to survive the ups and downs of a volatile market. They’re now facing the future with optimism and with plans to overcome their challenges and find new ways to succeed.