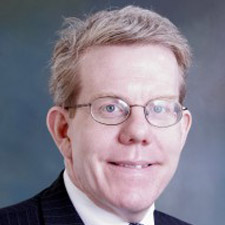 In their brief, the amici, National Federation of Independent Business Small Business Legal Center, the Southeastern Legal Foundation, and the Cato Institute, contend that the Seventh Amendment Guarantee of a jury trial applies in lawsuits against the United States seeking vindication of a citizen’s constitutional rights. They further argue that the United States cannot condition the right to seek relief for violation of constitutional rights upon the waiver of the right to a jury trial.

“For over 800 years, the jury trial has been one of our fundamental guarantees of liberty” said Mr. Ludden. “The Supreme Court should agree that the Constitutional guarantee of a jury trial applies to lawsuits by American citizens seeking to recover compensation for unconstitutional takings of their property by the federal government.”

Founded in 1985, Lipson, Neilson, Cole, Seltzer & Garin, P.C. has offices in Las Vegas, Phoenix and Bloomfield Hills. The firm represents clients in Nevada, Arizona, Michigan, across the USA, and around the world. You can learn more about the firm at www.lipsonneilson.com.