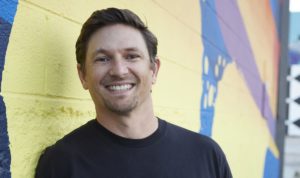 “B.C. is innovative and passionate,” said Noble Studios CEO Jarrod Lopiccolo. “Our digital marketing efforts require effective storytelling and after an extensive search, we have found the person that we want to lead those efforts. This obsession with the intersection of marketing art/science is what will allow us to create relevant solutions for our clients and help them be memorable in a saturated digital-first marketplace.”

In his new role, he will oversee creative work for Noble accounts such as the Islands of Tahiti, Ashford University, Autodesk, the Hartford, Santa Monica Travel and Tourism, Visit Reno-Tahoe, Newport Beach, Yosemite-Mariposa County, Tahoe South and the Niantic Group.

“Nevada is our home and an emerging state, with booming cities in the north and south,” said Lopiccolo. “Having a larger statewide presence is part of our strategic growth plan because Las Vegas and Reno are attracting both technology and tourism businesses, which are two of our core vertical industry focuses.”

“I’ve admired the way the Noble Studios team has grown national clients over the years,” said LeDoux. “I am excited to join a very talented group of marketing experts. I think our combined strengths and experiences are going to create a really unique, dynamic agency of the future.”

About B.C. LeDoux
LeDoux, formerly with The Glenn Group and Wide Awake, has almost two decades of experience leading creative teams and developing creative solutions. He has led teams that have won numerous local, regional and national marketing and advertising awards, including National Addy Awards, a Platinum Adrian Award from the HSMAI and “Most Innovative Campaign” 2015 from the Las Vegas Interactive Marketing Association. LeDoux was named Top 40 Under 40 in Las Vegas in 2011, is a graduate of Leadership Las Vegas 2012, was named Reno Ad Person of the Year in 2013, served on the TAAN Worldwide Board of Governors from 2015 to 2017 and is currently a member of YPO International.