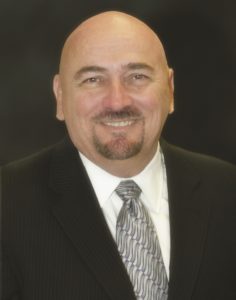 As the only candidate nominated for this position by NAR leaders, Tina will be officially elected to the position by January. He will then represent NAR’s Rocky Mountain Region on NAR’s 2020 Board of Directors, representing the states of Nevada, Arizona, Colorado, New Mexico, Utah, and Wyoming. Tina’s nomination was announced in November during NAR’s REALTORS® Conference & Expo in Chicago.

“This is a well-deserved honor for Dave. He’ll do a great job representing our members from Nevada and other Rocky Mountain states,” said 2017 NVAR President Greg Martin. “It also speaks volumes about the quality leaders we have here in Nevada.”

As a regional vice president, Tina will follow in the footsteps of fellow Las Vegas REALTOR® Linda Rheinberger, who held the same NAR position after serving as president of GLVAR and NVAR.

Tina, a longtime local REALTOR®, was also honored at the NAR event this month by achieving REALTOR® Emeritus status, recognizing more than 40 years as a NAR member. He was NVAR’s REALTOR® of the Year in 2016. He owns and operates Urban Nest Realty in Las Vegas with his son and business partner David J. Tina, who is the 2017 president of the GLVAR.

About the NVAR
The Nevada Association of REALTORS® is a professional trade association with more than 16,000 members. NVAR is committed to protecting, promoting and preserving our communities. Visit www.NVAR.org.