You are here: Home / Press Release Wire / Local Home Prices Cool Down in October, Still Well Up from One Year Ago 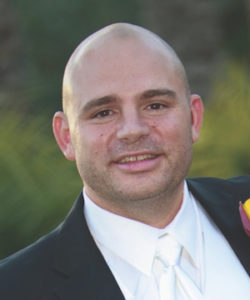 LAS VEGAS – The Greater Las Vegas Association of REALTORS® (GLVAR) reported today that local home prices cooled down a bit in October, though home prices and sales are still well up from one year ago.

GLVAR reported that the median price of existing single-family homes sold during October through its Multiple Listing Service (MLS) was $263,000, down slightly from September, but still up 13.4 percent from October 2016. The median price of local condos and townhomes sold in October was $140,000, unchanged from September, but up 19.7 percent from the same time last year.

GLVAR President David J. Tina, a longtime local REALTOR®, said home prices have been appreciating at a fairly steady rate of about 10 percent per year for the past few years. Though that pace may be slowing heading into the fall, he still has a positive outlook for the local housing market.

“I think our housing market is in good shape, largely because our local economy continues to grow,” Tina said. “Our population and economy are growing as fast as almost any place in the country. And Southern Nevada has been leading the nation in job growth. All these things point to more demand for housing, with more home sales and more appreciation expected for the foreseeable future.”

As for headwinds in the housing market, Tina said demand continues to exceed the shrinking supply of homes available for sale. This continues to present challenges for many buyers, especially those seeking entry-level homes and condos.

At the current sales pace, he said Southern Nevada still has less than a two-month supply of existing homes available for sale. A six-month supply is considered to be a balanced market.

By the end of October, GLVAR reported 4,795 single-family homes listed for sale without any sort of offer. That’s down 32.3 percent from one year ago. For condos and townhomes, the 770 properties listed without offers in October represented a 32.0 percent drop from one year ago.

According to GLVAR, home sales so far in 2017 continue to run about 10 percent ahead of the pace from 2016, when 41,720 total properties were sold in Southern Nevada. At this rate, GLVAR statistics show that 2017 is on pace to be the best year for local home sales since at least 2012.

GLVAR reported that 26.9 percent of all local properties sold in October were purchased with cash, similar to past months and down from 27.4 percent one year ago. That’s less than half of the February 2013 peak of 59.5 percent, indicating that cash buyers and investors are still active, but playing a smaller role in the local housing market.

In recent years, GLVAR has been reporting fewer distressed sales and more traditional home sales, where lenders are not controlling the transaction. That trend continued in October when 2.9 percent of all local sales were short sales – which occur when lenders allow borrowers to sell a home for less than what they owe on the mortgage. That’s down from 5.1 percent of all sales in October 2016. Another 2.3 percent of all October sales were bank-owned, down from 5.6 percent one year ago.

As these declining percentages indicate, Tina said: “distressed sales now make up such a small share of the local housing market that they’ve really become a non-issue.”

These GLVAR statistics include activity through the end of October 2017. GLVAR distributes statistics each month based on data collected through its MLS, which does not necessarily account for newly constructed homes sold by local builders or homes for sale by owners. Other highlights include:

About the GLVAR
GLVAR was founded in 1947 and provides it’s more than 14,000 local members with education, training, and political representation. The local representative of the National Association of REALTORS®, GLVAR is the largest professional organization in Southern Nevada. Each GLVAR member receives the highest level of professional training and must abide by a strict code of ethics. For more information, visit www.LasVegasRealtor.com.