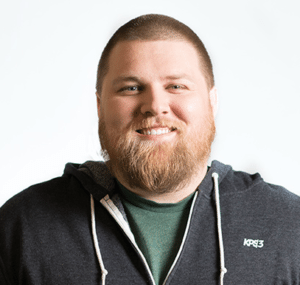 RENO, Nev. — KPS3 Marketing, a full-service marketing, and digital communications firm announced the addition of Kevin Jones as a partner. Jones’ role will have a continued focus on creative and digital solutions for KPS3’s local, regional and national clients.

Jones spent the last four years directing creative and technology at KPS3, working with clients and overseeing the team on creative and digital work produced by the agency. Jones started at KPS3 as a digital designer, left to co-found a technology start-up, and later rejoined the team in 2013.

“Kevin’s credibility speaks for itself when you see him in action with clients and colleagues,” said Rob Gaedtke, CEO and creative director of KPS3. “He has led many large-scale and complex projects and has the unique ability to combine both creative and technical solutions to create seamless experiences for our clients and their customers. We’re extremely fortunate to have the brainpower of Kevin on our team. He rivals any thought leader in the space.”

Prior to rejoining KPS3, Jones was a co-founder at Cloudsnap, a startup working to make API integration easier. He was also co-founder of Colorstache, a web application for Evernote, which was a finalist in the Evernote Developer Competition. His digital work has been featured on Mashable, CNET, and Lifehacker. He has produced award-winning materials for Hero K-12; the University of Nevada, Reno; Desert Research Institute and the Reno-Tahoe International Airport.

In 2012, Jones co-founded Reno Wired, a local Reno event that rebrands a nonprofit in 24 hours. He has spoken at WordCamp and the University of Nevada, Reno on subjects relating to WordPress, Drupal, and designing for the web and content management systems. Jones has also won an AMA (American Marketing Association) ACE award and took first place at the National AAF (American Advertising Federation) Conference for his work on the Reno-Sparks Gospel Mission.

About KPS3:
KPS3 goes far beyond any normal definition of a marketing company, PR firm or digital agency. We handle large-scale advertising and branding campaigns, we build enterprise-level web and mobile applications, and we can train a room full of executives from across the country how to handle the media. To keep up on all things KPS3, visit kps3.com or like us on Facebook.