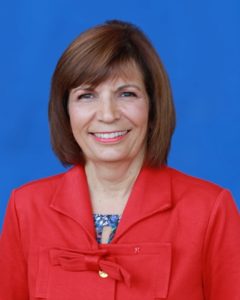 HENDERSON, NV – The Nevada State Contractors Board is pleased to announce that Executive Officer Margi A. Grein has been appointed by Governor Sandoval to join Nevada’s core team, which will be participating in the National Occupational Licensing Learning Consortium. Nevada was one of 11 states selected to participate in the Consortium, which will analyze licensing policies, study actions to remove barriers that prevent workers from entering the workforce and increase the portability of licenses across state lines.

“It is an honor to be afforded an opportunity to be engaged in the national discussion about improving licensing opportunities and processes, specifically for Nevada’s construction workforces, among others,” stated Executive Officer Margi A. Grein. “I look forward to working with a diverse group of minds and developing innovative, thoughtful solutions with the intent of opening new doors for those looking to make a living in Nevada.”

Arkansas, Colorado, Connecticut, Delaware, Illinois, Indiana, Kentucky, Maryland, Utah, and Wisconsin will be joining Nevada’s delegation at the Consortium, which is set to hold its first meeting in December. It is anticipated the Consortium will focus on key populations facing the greatest barriers to licensure, including skilled immigrants, those with criminal records, veterans, and the unemployed.

The Consortium is supported by the National Conference of State Legislatures, National Governors Association Center for Best Practices, and the Council of State Governments, and will afford states the opportunity to engage directly with experts in the identified areas.