You are here: Home / Features / Feature Story / Nevada’s Place Among the States 2017 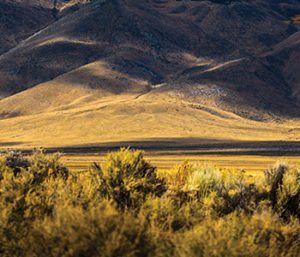 Each year, “Nevada’s Place Among the States” compares Nevada to other states, competing markets and the U.S. in general, on several key measures of economic and social health. In this 11th edition of comparing Nevada to other states, statistics show that Nevada has almost fully recovered from the recession. At one point, the Silver State led the nation in foreclosed homes and job losses. Although some economic problems still linger, those numbers have turned around. In fact, Nevada now ranks first in the nation for job creation.

However, statistics show that not much progress has been made in solving problems that have been evident since the first edition in 2006. Nevada still lags behind the rest of the country in vital areas like education, healthcare and violent crime. Families and businesses considering a move to Nevada weigh these negative factors against the positive aspects of the state’s economic health. As the state moves forward, addressing this issues will be a vital component to attracting more businesses and improving the quality of life for Nevada residents.

Gaming revenue, convention attendance and visitor counts are up year-over-year for 2017 and that is great news for Nevada’s economy. The leisure and hospitality industry is directly responsible for 26 percent of Nevada jobs and increased tourism has a multiplier effect that helps increase employment all across the state. In addition, the state budget relies heavily on revenues from gaming, conventions and tourism. Despite competition from other states, Nevada still leads the pack in gaming revenue and remains a world-famous destination for tourists and conventioneers.

Once again, Nevada ranks last or nearly last in national rankings of educational achievement, receiving an overall grade of “D”. Too many of the state’s students placed below “basic” in math and reading, a level that is even lower than “not proficient.” The 2015 Nevada Legislature attempted to ease the situation by passing a bill to establish Education Savings Accounts (ESAs), but the funding method was declared unconstitutional and the 2017 Legislature was unable to reach a compromise to fund the program. Unless Nevada can fix its failing education system, students will continue to have disappointing educational outcomes.

In Gallup’s 2016 Job Creation Index, Nevada led the U.S. in job growth, completing a six-year climb from its dead-last ranking in 2009 and 2010. Each year since 2010, the state’s job market has improved. If any statistic definitively proves that Nevada has recovered from the recession, this would be it. Average weekly hours worked increased 1.3 percent year-over-year in May, the unemployment rate decreased by 0.9 percent and initial unemployment claims were down 7.8 percent. June 2017 numbers were up in almost every job category in the state, with an average increase of 5 percent in total non-farm payroll.

Nevada’s housing market has rebounded dramatically since its crash in 2007-2008. Home prices are up year-over-year and it’s a seller’s market in both Northern and Southern Nevada, where a shortage of existing homes is driving up sales prices. While Nevada once led the nation in foreclosed homes, it’s now tied for 16th. It still leads the U.S. in homes considered “seriously underwater,” but this number has gone down nearly 4 percent since last year. An improving market should help reduce this percentage and bring relief to beleaguered homeowners.

The American Association of Medical Colleges projects that the U.S. faces a shortage of between 40,800 and 104,900 physicians by 2030, due to an aging physician workforce combined with a growing population of elderly Americans. Nevada currently ranks 47th in the number of physicians per capita—a problem that is especially acute in rural communities. Added to that, Nevadans are less healthy than their counterparts in other states and are less likely to have health insurance. The state is depending on its medical schools to ease the doctor shortage, including the new University of Nevada, Las Vegas (UNLV) School of Medicine.

The Small Business Policy Index ranks Nevada first in policy measures and costs impacting entrepreneurship and small business growth. The ranking is based on the state’s tax structure, level of government employment, government spending and the fact that it’s a right-to-work state. On the other hand, CNBC lowers Nevada’s ranking for the quality of its education, workforce and technology. Businesses, legislators and citizens across Nevada are faced with many challenges in developing our state to the level it could and should be in these key areas, not only to attract more businesses to diversify the economy, but also to improve the lives of all those who live and work in Nevada.

The cost of living in Nevada’s largest cities is slightly higher than average, with utilities generally lower and transportation generally higher. The state’s gas prices exceed the national average and mass transit is not much of a factor in either Northern or Southern Nevada. The “Cost of Living Index” doesn’t account for taxes, which are lower on average here, so Nevadans have more take-home pay to spend on goods and services. That may be why $100 goes about 2 percent further in Nevada than the national average.

FBI statistics have historically ranked Nevada among the top five states for violent crimes, although it’s close to the national average in property crimes. Many factors feed into these numbers: poverty, education levels and the lure of gambling, which often attracts people looking for easy money. However, it should be noted that the FBI’s numbers are based on crimes per 100,000 residents. With more than 55 million visitors a year, there are more people in Nevada at any point in time than the number measured by demographers.

Nevada’s recovery has been a long time coming and for businesses that hung in through the recession, a recovering economy has been a welcome reprieve. While the state ranks high compared to others in the United States in many factors, it’s clear there’s still some work to be done. Tourism, taxes, housing and lifestyle are all boons for the Silver State while education, crimes and healthcare are all in need of improvement. As Nevada continues to diversify the economy these factors will play a large part in attracting new businesses. Nevada appears to be on the right track to succeed into the future but it’s clear the next several years and the actions of Nevada leaders are key to growing the state.