You are here: Home / Features / Building Nevada / From Vision to Reality: A Look at Entitlements in Nevada 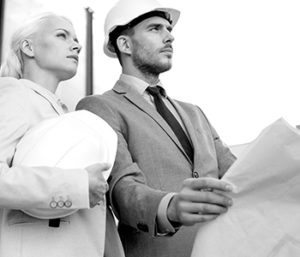 When developers set out to make a commercial real estate vision a reality, they first must get their prospective project plans approved by the jurisdictional agency in which the land falls, the city or county. This is called the entitlement process. Next is the procedure to obtain a building permit followed by construction and final approvals. All of these steps constitute the development process.

Though generally the same, it differs slightly from jurisdiction to jurisdiction and sometimes involves more than one agency, said George Garcia, president, G.C. Garcia, a Henderson-based land planning and development services firm. The procedure’s degree of difficulty depends on the scope of the prospective project and the applicant’s response time in addressing feedback.

Changes in rules at any government level can complicate and extend the process. For instance, the City of Reno has begun work on reorganizing and rewriting its “convoluted” land use ordinance, or the zoning code referred to as Title 18, for the first time in 20 years, said Aric Jensen, director of Reno’s community development.

Similarly, this month, building officials with the Las Vegas Valley jurisdictions will begin revising the existing set of codes, which hasn’t been done since 2012, said Mohammad Jadid, assistant director, building and fire safety within the community development department, City of Henderson.

First, a developer should meet with the appropriate city or county planning department to discuss zoning, required applications and procedures, said Robert Summerfield, acting director, department of planning, City of Las Vegas. Reno, for example, has Drop in With Community Development, a standing appointment, 8 to 9 a.m. every Monday.

If the proposed project site is zoned for the intended use, the applicant moves to the next step. If it isn’t, they must obtain a special use permit or request a zoning change, neither of which is guaranteed. If the desired zoning isn’t consistent with the county’s master plan or land use guide, an application to amend it must be submitted, which, in Southern Nevada, can only be done quarterly. Further, the plan can’t be changed within two years of being updated, an event that occurs every five years, unless special dispensation is granted.

Next is special use permits. A project may require one or more of them not related to zoning. For each, an application goes through up to three bodies for approval, which oftentimes comes with conditions attached. In Reno, obtaining a special use permit, which the planning commission must sanction, typically takes about 60 to 90 days, Jensen said.

If the project site is part of a larger parcel, mapping or subdividing may need to be done.

Civil improvements need to be planned and mapped out, the specifics behind grading, elevation, curbs and the like.

Determination needs to be made if the site has utilities going to it. If not, a plan for that must be worked out, which could necessitate obtaining easements to extend the utilities.

Outside of the local governments, other agencies may need to be involved, such as the health department, Regional Transportation Commission, Bureau of Land Management, environmental protection department and more. Fulfilling requirements and getting approval from these entities can extend the overall process further.

The developer then submits to the planning department the project’s architectural plans. Las Vegas offers electronic delivery of plans for entitlement review, but Henderson and Reno don’t.

“Multiple departments can see the plans but, also, make comments in real time,” Summerfield said, referring to the benefits.

A hearing before the planning commission takes place, at which its members approve or don’t approve a project. It may need to go to the city council for entitlement. For a simple commercial project, a developer could get through the entitlement process in 45 days, Summerfield said.

Next, the applicant submits the plans to the building department and pays the required fees.

“That is going to have a huge impact on the review timetables and the quality,” Summerfield said.

Likewise, Reno is working out the bugs with its new software and plans to institute electronic document review (EDR) within about 18 months.

“It would probably reduce review times and approval times by at least 25 percent,” Jensen said.

Henderson, in an earlier stage, is exploring implementing EDR in the future, too, Jadid said.

The various building departments, such as electrical and fire, review the project design to ensure code compliance. The applicant must correct any problems they find. The duration of this component can vary depending on whether the departments review the plans sequentially or simultaneously and the developer’s response time.

Henderson, for example, guarantees a first review for a typical commercial building will take three weeks maximum; a second review, two weeks; and a third review, one week, Jadid said.

Reno turns around plans in 10 days on a first review and three days on a second, Jensen said, but with a new building that involves other processes, this phase realistically takes around 30 days and for a huge project, months.

Once the plans are approved, a building permit is issued and construction may begin.

As certain milestones are met during construction, the permit holder schedules the requisite inspections with the building department and any pertinent external agencies to ensure building is progressing as it should, Jadid said.

In March, Henderson switched to the online permit tracking and management software, EnerGov, which allows inspectors to upload to a customer’s account photos, comments, questions and inspection results in real time while in the field. This allows for greater efficiency.

When construction is done, a final inspection is scheduled. All of the involved agencies must give final approval. Any problems found must be corrected to pass the final inspection. Once passed, a certificate of occupancy is granted.

Some jurisdictions offer expedited plan reviews during the permitting process. For instance, Henderson, for four times the usual cost, will trim the turnaround time required for an initial plan review by two weeks and for a second review, by one week, Jadid said.

Going the expedited route with Las Vegas, developers could save between two weeks to two-months’ time, depending on the project’s scope, Summerfield said.

“Expedited, or express, plans check can save a lot of time for an applicant who’s in a hurry,” he added.

However, that quicker turnaround isn’t guaranteed. Numerous projects in line for expedited review can slow the process or cause an agency to deny requests for speedier review.

Reno doesn’t have a faster option, Jensen said, because its review times on the building permit side are shorter than most expedited processes.

Paying the extra money for expediting isn’t worthwhile or effective, as the process tends not to be faster in the long run, said a Nevada commercial developer who wanted to remain anonymous.

“You need to do it, but I don’t know that it really adds a lot of value, in our experience,” they added. “You kind of just have to say, ‘If I don’t do this, I’ll be in a slower queue.’”

In Reno, community development currently is strongest in plan review on the building side, Jensen said, completing reviews in 10 days 99 percent of the time over the past few months. The process is predictable, with all applications, instructions and checklists available online.

The department, in early August, was short two planners and struggling to fill the positions, which slowed plan reviews for entitlement. Delays and slowdowns also happen when applicants must go to the city council and planning commission. Both of these areas could be improved.

Henderson’s development procedures are well-established, for which understandable checklists are provided to applicants, Jadid said. Community Development prides itself on its availability and willingness to answer questions and assist people throughout the process.

The agency is always looking for ways to better the system, with supervisors getting and addressing feedback from customers and implementing changes.

Las Vegas, to further streamline the entitlement process, has been working closely with the planning commission and city council over the past several years to finalize as many arising issues and concerns as possible at hearings, Summerfield said. This can eliminate the need, in many cases but not all, for the city council to weigh in, which adds 30 days to the process. Additionally, flow charts and a checklist are provided to applicants.

“It’s very transparent in terms of how to move your project forward,” Summerfield added.

The department has representatives at the services center available to help coordinate more complex projects and help applicants navigate the steps.

Garcia, who works with most of the agencies in Southern Nevada, said he believes the staff at every one of them is trying to do their best but circumstances pop up that bog down the process.

“You can have systems in place but the systems are constantly moving and the people are changing, as well and being changed,” he added. “Then you have the other interests coming in. Everybody strives to improve [the process], but nobody can make it and keep it perfect.”

The anonymous source, who has worked with agencies in both the North and South of the Silver State, said this about their experience with the various agencies:

Reno is accessible and reacts “pretty quickly,” and turnaround times are “decent.” Its process is a bit easier and more predictable than that of other jurisdictions.

Henderson is accommodating and reachable for help. This isn’t the case with Clark County.

“It’s more complicated because Clark County is bigger, but there are more factors that limit development and a lot more jurisdictions to deal with,” the source added.

Las Vegas doesn’t seem to consistently adhere to its flow chart or abide by its set time frames. Further, major projects seem to get priority at the expense of others in the pipeline.

The utility companies, for the most part, are perceptive and good to deal with, although sometimes they get backlogged.

To improve, every agency could make the process clearer—tell applicants what they need to do and ensure they’re moving through the steps—and hold their workers accountable.

“You feel like things sit a little bit longer than they should because nobody’s calling them on it. That’s where you get frustrated,” said the source.

According to community development experts, to advance through the process as quickly and smoothly as possible and, therefore, save time and expense, applicants should: