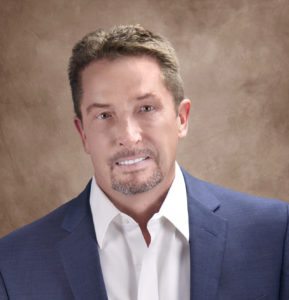 “Kerry brings immense knowledge of the commercial and industrial construction landscape,” said David DelZotto, Founder and President of Remington Nevada. “With more than 30 years of experience Kerry is poised to make an immediate impact on our business, offering expert oversight on construction projects, but more importantly, he shares our commitment to economic growth and development in the communities that we serve.”

As Senior Vice President of Construction and Development, Cartmill will manage all activities and personnel in the development and construction of Remington Nevada’s expansive portfolio.

Cartmill was previously Vice President at TWC Construction Inc., a contracting firm specializing in commercial and industrial construction. Throughout his career he has served in every fundamental role of a construction team from estimator and preconstruction manager, to superintendent and project executive and CEO.

“It’s always sad to lose a dedicated, hardworking member of the TWC Construction team,” said Matthew L. Ryba, CEO of TWC Construction. “Our only consolation is that Kerry is moving on to a great opportunity with one of our highly respected clients.”

The hire comes on the heels of Remington Nevada’s impressive growth over the past year. In April, the developer completed Phase I of Mountain’s Edge Marketplace. Located in Southwest Las Vegas, the 250,000 square-foot project is now home to grocery-anchor Albertsons and several other junior anchors. The second phase of development will continue this fall and supplement the property with services needed by one of the city’s fastest growing communities.

As Remington Nevada prepares to continue development in Las Vegas, as well as in Arizona where several projects are underway, Cartmill’s leadership will be pivotal.

“I couldn’t be more excited about this opportunity,” Cartmill said. “Remington Nevada is setting the industry standard as a leading developer of land and commercial real estate, and in being a strong community partner. I’m looking forward to what the future holds.”

Before returning to the local Las Vegas construction industry in 2014, Cartmill spent four years in Centennial, Colorado as the Vice President of Operations and Marketing at Principia Construction. He spearheaded numerous construction projects for the Salvation Army and managed a large number of design-build projects, where he handled all client contact from the beginning stages to project completion.

Remington Nevada was founded in 2012 by David J. DelZotto, an entrepreneur who has been in the real estate and land development industries for more than 30 years, both in Canada and the United States. In 1992, DelZotto started Remington Homes, and for 12 years, focused on the development and construction of single-family and custom luxury homes in Southern Nevada. In 2003-2008, Remington Homes branched into the land development business and acquired raw land in Nevada, Arizona and California for the purpose of entitling the property for future development. During this time, Remington Homes rezoned, engineered, and mapped more than 500 single-family lots, which were then sold to homebuilders such as Centex, Pulte and DR Horton. In 2012, Remington Nevada was created, once again expanding the company into the commercial land development marketplace with projects in Southern Nevada and Phoenix metropolitan areas.
For more information, visit www.remingtonnevada.com follow Remington Nevada on Facebook, Instagram and LinkedIn: @RemingtonNevada or Twitter @RemingtonNV.