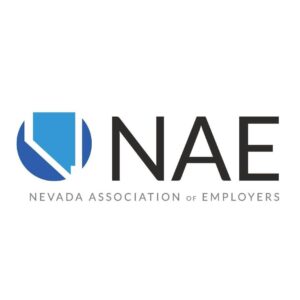 The Nevada Association of Employers (NAE) published the results from its 2017 Nevada Pay Survey, showing more than a 10 percent salary increase in select blue-collar positions compared to 2012.

Overall, the 2017 report has shown an increase of more than 3 percent in the average base pay of management, exempt and non-exempt positions for the previous 12 months.

NAE’s annual survey contains data from 75 Nevada employers and more than 8,000 employees intended to measure pay rates and practices throughout the state. The results reflect a rising trend for Nevada’s blue-collar workers in jobs such as a production assembly worker, mechanical assembler, production lead person and automated machine operator.

“From the study, we are seeing an upward climb in wages, particularly in entry-level positions, even though pay has been relatively stagnant in Nevada,” said Thoran Towler, NAE chief executive officer. “Overall, the results show that local businesses are seeking to remain competitive in order to retain workers and hire new ones, which is a turning point for economic growth.”

NAE’s data summary provides a composite of all pay data reported for a job title based on company size, geographic region and industry, including manufacturing and production, retail and wholesale trade, services, health care, and hotel and restaurant and gaming. The study includes the number of responding companies, number of employees, simple and weighted averages, pay ranges, and variable (or bonus) pay, if any.

About Nevada Association of Employers

Since 1938, the Nevada Association of Employers (NAE) has been providing Nevada businesses with services and support that help them successfully operate and grow their businesses. NAE provides human resources services, government affairs support, employment law consulting, research, training, surveys and other services to more than 400 employers throughout Nevada. NAE benefits Nevada businesses big and small, in a wide variety of industries with different needs. Visit www.nevadaemployers.org