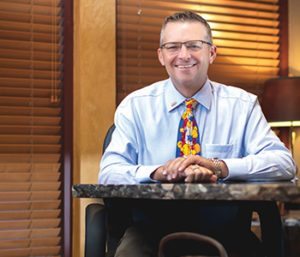 The construction workers who left Nevada during the darkest days of the recession are coming back. However, construction executives are beginning to worry — not a lot, but a little — whether the flow of workers will be enough to meet the needs of an industry that’s recovering quickly.

Some executives, in fact, have said they’re already beginning to bump into tight markets for some construction skills. The advent of big projects in Southern Nevada — notably, the start of work on the $1.9 billion stadium for the NFL’s Raiders — and the continued wave of industrial construction in Northern Nevada will boost demand even farther.

The migration of construction workers into the state is currently running about 1,300 a quarter or 5,200 a year, according to a recent analysis by the Nevada Department of Employment, Training and Rehabilitation (DETR).

That’s helping to meet some of the demand for construction workers, as employment in the industry has risen by about 35,000 positions since 2012. Overall, DETR estimates the construction industry now employs about 82,400 statewide, about 55 percent of its pre-recession peak.

Builders and developers expect those employment numbers will continue to grow.

SR Construction is already busy with work ranging from renovation projects at Banner Churchill Community Hospital in Fallon and Summerlin Hospital Medical Center to a restaurant at Tropicana Las Vegas and neighborhood “micro-hospitals” for Emerus and Dignity Health.

But Loughridge expects the construction market in Las Vegas will get a major boost from construction of the Raiders stadium.

Plenty of other industrial and commercial work appears to be just over the horizon, said Loughridge.

“Las Vegas still has opportunities to grow,” he added. “There are a lot of people looking to business in Nevada. Some large corporations want to move to the state.”

The current workload, busy as it may be, is dominated by clients that are catching up with projects that were delayed during the recession, explained Guy Martin, president of Martin-Harris Construction. His company is busy with distribution centers and hotels as well as the new headquarters for Aristocrat Gaming.

“Las Vegas still is driven by pent-up demand,” Martin said, adding that the market won’t fully recover until the arrival of more speculative development and maybe the construction of a big casino hotel or two.

McCarthy’s projects across the state include a diverse list of work such as major remodeling of the casino at Palms Casino Resort, construction of Hospitality Hall on the campus of the University of Nevada, Las Vegas, construction of a wastewater treatment facility for the City of Winnemucca and construction of an elementary school in Clark County.

Meanwhile, the Henderson-based company is gearing up for one of the biggest construction jobs in the state in recent history — the nearly $2 billion Raiders stadium. McCarthy is building the stadium in partnership with Minneapolis-based M.A. Mortenson Co. That project, scheduled to begin in January, is set for fast-track completion within 30 months.

The stadium isn’t the only big project on the books for the state’s construction industry. Work is scheduled to begin in mid-2018 on the $1.4 billion renovation and expansion of the Las Vegas Convention Center.

Those two large projects are likely to put pressure on the availability of skilled construction craftspeople, Wood said, and the tight manpower situation might push construction prices upward.

And not just prices are affected by shortages of skilled labor.

The tight supplies of skilled laborers are sufficiently significant that construction companies are spelling out strategic plans to address the issue. Martin-Harris Construction, for instance, is positioning itself as a highly safe employer, one that skilled workers will seek out.

While the recovery of the construction market from post-recession lows has highlighted the shortage of skilled workers, Loughridge said the trend has been developing for years.

“Our industry needs to do a better job of promoting construction as a career,” he said.

“The current tradesmen are not replacing themselves,” he said. “In every previous generation, the parents have considered it a compliment when their children entered the profession. That’s not happening now. We need parents to see construction as a viable career.”

Savvy businesses and developers with construction plans are looking to move quickly, before the gigantic projects soak up the remaining construction capacity.

“The first people to lock up their subcontractors are going to be in the best shape,” said Wood. “Right now is the perfect time to move forward.”

While skilled construction workers are beginning to migrate to jobs in the state, workers who moved elsewhere during the Nevada downturn have now established roots in their new homes and won’t necessarily rush back to Nevada just because they’re needed, Wood noted.

Martin said many workers in the construction trades have gotten out of the business entirely, exchanging the good pay of construction for lower-paying, but more stable employment in other careers.

Costs of construction materials, meanwhile, are rising. The cost of lumber, for instance, is up 15 percent or more in the past year. Loughridge said there’s nothing out of the ordinary about the increases, and they simply reflect rising demand for materials as the construction market continues to recover.

Even modest rises in material costs, however, can be challenging to construction companies estimating costs well into the future.

For instance, Wood noted that McCarthy Building today needs to project the costs of materials that it will purchase in 2020 for use in the Raiders Stadium.

Martin added that even more pressure on construction costs comes from personnel expenses such as increasing healthcare benefit costs.

Despite rising costs, developers are filling the construction pipeline with more industrial projects on both ends of the state.

VanTrust Real Estate, which is moving quickly to meet demand at its 3.2 million-square-foot Northgate Distribution Center in North Las Vegas, has plans to undertake more projects in Southern Nevada this year.

The projects could include further industrial development in both Southern and Northern Nevada, service retail at the Northgate development and possibly an office building somewhere in the Las Vegas area, said Keith Earnest, executive vice president with VanTrust.

The project, on a 168-acre site on the west side of Interstate 15 at the Lamb Road exit, initially was planned for 2.2 million square feet to be built over three to five years.

But with strong demand from tenants including Amazon, The Honest Company and Fanatics, Van Trust now projects completion of the seven-building center in less than two years. In addition, it’s added 1 million square feet of space to the original 2.2 million-square-foot plan.

Martin-Harris Construction is the general contractor for the project, and HPA Architecture of Irvine, Calif., designed the 36-foot clear height, concrete tilt-up buildings.

In Northern Nevada, Dermody Properties continues to move forward with a project dubbed LogistiCenter at I-80 that’s located on the west edge of Reno near the California state line.

George Condon, the West region partner for Dermody Properties, said the location is particularly attractive to companies that want to be as close as possible to the Port of Oakland and West Coast markets.

On the northern side of Reno, Dermody Properties is preparing to start construction of a 436,368-square-foot building in the second phase of its LogistiCenter at 395. The center ultimately is expected to provide 2.8 million square feet of space.

Condon said Dermody Properties expects to continue a steady pace of development in Nevada through the next 24 months.

“Nevada’s economic outlook is very bright,” he said, noting that the rapid growth of e-commerce is providing a boost to construction of modern logistics facilities throughout the state.

In fact, Dermody Properites has named a senior executive to work exclusively with e-commerce clients nationwide.

Northern Nevada is getting a boost, too, from the region’s close connections to the technology companies of Silicon Valley, said Michael Dermody, the company’s chairman and chief executive officer.

A critical element — reasonably-priced capital — is available to support the major construction.

The institutional investors who provide much of the capital for major commercial real estate projects increasingly are casting their nets wider to secondary markets such as Las Vegas as yields tighten in big markets such as Southern California.

Along with their search for better yield, institutions recognize that good-quality tenants are available in secondary markets, Earnest said.

However, bankers aren’t going crazy.Dermody said that lenders remain very disciplined even though the long economic recovery now is well into its eighth year. The discipline by lenders, in turn, prevents too much new industrial development from flooding the market.

About the only drag on the development and construction of industrial projects these days is the availability of land.

That means, Earnest said, that developers increasingly will be forced to buy raw land, then invest the time and money that’s necessary to extend water, sewer, electricity and other infrastructure to the property.

VanTrust, for instance, invested significant capital in infrastructure to get the Northgate Distribution Center site ready for construction.

For the moment at least, Nevada construction companies aren’t facing much new competition from out-of-state firms that want in on the action.

Out-of-state construction companies considering a move into the Nevada market may be dissuaded by the existing fierce competition among builders in both Southern and Northern Nevada, said Wood. That competition leaves little room for a newcomer to wedge open a position for itself.

Loughridge, however, said SR Construction is beginning to see the return of some of the construction firms that left Nevada during the recession. At the same time, he notes that new owners and new developers also are arriving from out of state, bringing with them projects that increase the opportunities for work.

As owners and designers continue to be challenged in today’s market of innovative and transformational office design, Burke Construction Group holds the necessary leadership and experience to keep up with the ever evolving office market.

With the growing significance of class A office space and call centers in the local market, our recent relevant project portfolio places us in the right place at the right time. With projects such as Credit One Corporate Headquarters and Campus currently under construction, UNLV Tech Park – Building I – currently in preconstruction, and call centers and office spaces completed for valued clients such as: Asurion, Barclaycard, EGS, Solar City, Sykes and Sutherland Global, Burke is uniquely positioned to meet and exceed the needs of clients in search of both ground up and renovation Class A office and call center projects.

Headquartered in Las Vegas, Nevada since 1984 , Burke has been building client visions in our traditions of shared passion and enduring relationships. Providing comprehensive preconstruction, construction management, LEED and sustainable building services under a variety of project delivery methods, Burke affords customized solutions and support to clients and partners.

Offering a system of interrelated key services, from early conceptual planning to actual management of the construction process, our construction professionals focus on creating value and eliminating waste at every step of our delivery process in order to save our clients money and time.

As part of our extensive preconstruction services, we provide our partners expertise and assistance in conducting the due diligence necessary to support new construction and repositioning projects. Offering strategic planning, permit planning services, budget and schedule development, portfolio analysis, project team selection and management, site-work and utility coordination, along with comprehensive guidance and review, we also oversee coordination with various public and private agencies.