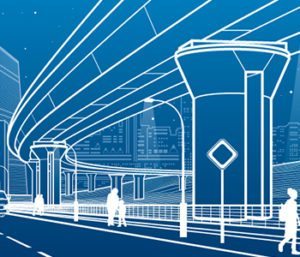 Cities evolve. They follow distinct life cycles as economic conditions change. For the past three years the City of North Las Vegas has experienced a renaissance, and economic development is the driver igniting the growth.

Through innovative programs and streamlined processes, North Las Vegas is creating opportunities for investors, developers and residents who want to locate in Southern Nevada. As a result, the city is emerging as a national leader for business and economic development.

Builders use blueprints to map out steps of projects, delineating where specific elements of construction belong. A road map for economic development isn’t so different; the blueprint for a city’s growth evolves from diverse starting points. A city’s physical geography, its downtown, which is the heart of a community, and the attitude and culture of the municipality overseeing projects all play a part. Amenities, from restaurants and retail corridors to hospitals and residential neighborhoods, are vital to a city’s success.

The North Las Vegas blueprint is drawn up and the pieces are falling into place.

When John Lee was sworn in as mayor of North Las Vegas in 2013, he inherited a staggering $152 million long-term city deficit.

Today, thanks to the hard work of the City Council and staff, the City of North Las Vegas has a balanced, funded budget, even as money is invested in capital projects across the City. There’s about 8 million square feet of commercial and industrial development in the pipeline over the next 24 months. Mayor Lee intends to build 100 million square feet of new business space before he leaves office. That goal looks to be on target.

A job creation zone is underway, comprised of 645 acres of land Congress designated as part of the Tule Springs Land Bill. The first expected development will be a medical and research campus on 150 acres across from the VA Hospital. The remaining land is earmarked for mid- and long-range planning.
Other economic indicators look good for North Las Vegas. In 2008, the City Council approved requests by landowners at Apex Industrial Park to annex into the City. At the time, the industrial park was struggling due a lack of infrastructure. Today, Apex is home to some of the most innovative companies in the world and is undergoing massive infrastructure development. About 18,000 acres of industrial land at the site remains ready for development, alongside existing buisneses that are booming.

Apex is the site of the Hyperloop One test track, a four-mile course the company is utilizing to develop a new transportation mode. The course uses a custom electric motor to accelerate and decelerate a levitated pod through a low-pressure tube, moving people and cargo at better than 750 miles per hour – faster than airplanes fly.

“One of the most fascinating and exciting aspects of projects like Hyperloop One is the intellectual capital that comes with them,” said Gina Gavan, director, economic and business development for the City. Gavan called such creative intellectual capital a game changer that is helping to diversify Nevada’s economy.

An example of this diversification is Lake Mead Village West, a downtown redevelopment area near Lake Mead Boulevard and Interstate 15. It’s a focus area and part of the City’s blueprint to transform downtown.

“We want to create a identity for downtown,” said Gavan. Over the past 15 years, the Redevelopment Agency has been acquiring property there. Now the City owns enough property to start re-imagining downtown with new commercial development, higher paying jobs and a mix of housing.

The plan is to create a new civic and cultural area centered around the upcoming Milestone Park and the Washington Continuation School, which is listed on the National Register of Historic Places for its architectural style.

“Downtown is the heartbeat of every city,” said Gavan. “With it being so close to City Hall, it gives us a chance to instill a sense of pride in our downtown, and raise the bar to do some truly meaningful, thoughtful development for people in North Las Vegas.”

“Agora is investing over $40 million into the project, creating jobs, services and increased retail sales revenue for the community,” said Lefton.

Developers have broken ground on Vegas Trade Village, a 35-acre tourism and convention center project located at Cheyenne Avenue and Commerce Street that represents another $100 million investment in the community.

“In the last 18 months we have constructed some 2.2 million square feet of distribution space that has been quickly leased up by tenants,” said Keith Earnest, executive vice president, VanTrust Real Estate, Inc. Buildings have been leased by Amazon, Fanatics and Jessica Alba’s The Honest Company.

“It’s a lot of employment for a lot of people,” said Earnest. “By the time we’re done at our northeast project we’ll have constructed over 3.25 million square feet and that will have been over a 24-month period. It’s a pretty significant amount of space for just one developer to do.”

VanTrust’s competitors are doing the same. Prologis is building 2.1 million square feet of warehouse space at its 1-15 Speedway Logistics Center.

“We’re always looking for ways to streamline processes for developers because time is money,” said Alfredo Melesio, Jr, director of land development and community services for North Las Vegas. “We try to make our process as simple as possible, utilize expertise in the Valley and, ultimately, work in partnership with developers.”

The City has doubled down on its commitment to growth with a new program of self-certification which enables commercial and industrial permits for qualified projects to be issued in just four days. Now engineers and architects can certify and stamp their own projects after becoming trained in City requirements. This enables construction timelines to be expedited, saving developers significantly in carrying costs.

“We have been looking at processes and ways we can value time, money and development to make certain we’re getting shovels in the ground faster, more expeditiously, from an economic development standpoint,” said Gavan. “It’s about having conversations and different priorities and how we can further develop areas that have been underserved or underdeveloped.”

New employers mean a call for Nevada workforce. As more advanced manufacturing jobs move into the Valley, the College of Southern Nevada is creating training programs specifically for those jobs. Partnerships between the City and the college, as well as high schools, vocational schools and magnet schools, means employers moving into the area will have the workforce they need.

In addition, a growing slate of charter schools are moving into the City. Legacy Traditional School, for instance, features collaborative learning that involves students, parents and teachers. The school focuses on traditional educational basics of science, social studies, computer studies and art.

North Las Vegas is also home to American Leadership Academy, which focuses on learning in a moral and wholesome environment. The school provides a classical education with a focus on literature and writing.

In the past 12 months, more than 900 permits for single-family homes have been issued in North Las Vegas.

“As far as master-planned communities go, we’re really excited about Valley Vista and the Villages at Tule Springs,” said Melesio.

Valley Vista’s blueprint is nearly complete. The Planning Commission has approved five tentative maps of 1,109 lots, though the total will number more than 4,100 units on more than 600 acres.

Partly thanks to Sedona Ranch, which replaces a former pig farm, property values in North Las Vegas have risen an estimated 11 percent in the past year, and are expected to climb at least another 5 percent this year.

Anyone looking to have a national monument in the backyard should look no further than The Villages at Tule Springs. Tule Springs Fossil Beds National Monument, home to ice age paleontological artifacts, is located in North Las Vegas and will be the centerpiece for the new master-planned community. Village Three of the four-village development broke ground in June, kicking off construction on more than 1,000 homes and a large regional park.

Brian Kunec, division president for KB Homes, said the developer intends to price homes from the low $200,000 to the low $300,000 range in Village Three. High-end, custom homes will abut the national monument. The City recently brokered an innovative three-party, public-private partnership to create the first recreational trails and amenities in the Tule Springs Fossil Beds, with parking and trailheads in North Las Vegas.

In summer 2016, Kiel Ranch Historic Park opened. The 7-acre site near Carey Avenue and Commerce Street is of historic interest; it is the site of what was a 240-acre homestead in the 1880s and includes some of the oldest remaining structures in Nevada. The City is now working to create a boardwalk around the park’s natural artesian spring.

Public safety also has been a priority for City leadership. The City has hired more than 100 police officers and almost three dozen firefighters since 2015, and a new Dignity Health hospital recently debuted.

Infrastructure is keeping pace with growth in North Las Vegas, according to Randal DeVaul, director of utilities. The City has more than $58.5 million in transportation projects and close to $60 million in flood control improvements planned for the first year of a five-year capital improvements program. Some of those projects include new ramps to connect the I-15 and 215 Beltway with Tropical Parkway to open up 1,100 acres of land for development.

“The project will provide a leg to the east of the current intersection, and bring connectivity to the area out by the [Las Vegas Motor] Speedway and all the business development out there,” said Mike Hudgeons, city traffic engineer. “Currently access is very, very limited. We expect to open that area up and believe that will be a catalyst to push other development forward.”

At the same time, the Northeast Interceptor will bring five miles of sanitary sewer just southwest of the Speedway.

“We’ve been told almost from day one by developers that, from an economic development standpoint, the only thing holding that area back is sanitary sewer,” said DeVaul. “Now we have come up with a plan to help fund it, and once that sewer is complete, in June of next year, I think we’re going to see a lot of new building going on up there.”

The City is also continuing numerous upgrades to intersections and roads, adding bike lanes, traffic signals and streetlights under the vision of creating “complete streets” that are comfortable for motorists, pedestrians, bicyclists and other users. The Complete Streets model considers roadways as they fit into communities rather than serving only vehicles. “We’re taking it from the standard ‘Here’s the box you use for this condition,’ to ‘All right, you need to really think about how this roadway, how this sidewalk, how this pedestrian area, bike area, everything functions and works together to meet the all the public needs,’” said Hudgeons.

Complete Streets is one more step in the North Las Vegas blueprint, an innovative and multifaceted plan to redefine a fast-growing community through progressive government and economic development. It’s an approach, borne out of necessity, that’s working even beyond the visioning that created it, to position North Las Vegas as an economic driver for all of Southern Nevada.

“Desperation is a key driver for growth,” said Gavan. “It makes you more disciplined and dedicated to creating new opportunities for economic development. We don’t have the luxury of just hanging back to see what’s going to happen. We have to go out and make things happen.”