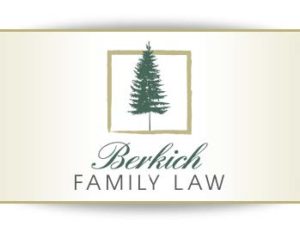 Berkich Family Law is pleased to announce the addition of Megan Lucey to the firm.

Megan A. Lucey received her Bachelor’s of Science in Business Management from the University of Nebraska-Lincoln. Ms. Lucey then attended University of the Pacific-McGeorge School of Law where she specialized in Trial Advocacy, and obtained her Juris Doctorate in 2009. During law school, Ms. Lucey advocated for justice with the Sacramento District Attorney’s office in their Domestic Violence, Juvenile and Minor Crimes divisions. Ms. Lucey was also trained as a Court Appointed Special Advocate and was the voice for the often voiceless children in the family law court system. Ms. Lucey was admitted to the California State Bar, and the U.S. District Court, Eastern District of California in 2009. She was then hired as a litigation attorney with Prout LeVangie, LLP, focusing primarily on employment litigation and corporate counseling. After practicing law for several years in California, Ms. Lucey moved to Reno, Nevada and was admitted to the Nevada State Bar and the U.S. District Court for the District of Nevada in 2013, where she has exclusively practiced family law since. She is excited to be continuing the practice of family law and to join the Berkich Family Law team.

For more information contact Berkich Family Law at 775-204-0217 or www.berkichfamilylaw.com