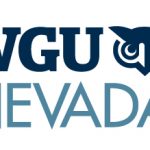 RENO, NV – To help students better afford investing in their future through education, Western Governors University (WGU) is now offering 250 Smart Choice Scholarships—each valued at up to $2,000—$500 per six-month term for up to four terms. A total of $50,000 of the overall amount will be given to Nevada residents.

Each Smart Choice Scholarship is open to new and enrolling students in any of the more than 60 bachelor’s and master’s degree programs offered at WGU. Applications are now being accepted for these scholarships through September 30 at www.wgu.edu/tuition_financial_aid/scholarships/smartchoice.

To be eligible for this scholarship, applicants must be officially admitted to WGU, complete the scholarship application, and be interviewed by a WGU scholarship counselor. While WGU will award up to 250 scholarships, recipients will be selected based on their academic records, financial needs, and readiness for online study at WGU, among other considerations.

WGU’s competency-based learning model allows students to study at times that work for their schedule, moving quickly through what they already know so they can focus on what they still need to learn. This allows many students to accelerate their studies, finishing faster, which saves not only time, but money.

WGU Nevada is an online, nonprofit, competency-based university established to expand Nevadans’ access to higher education throughout the state. Formed through a partnership between the state of Nevada and nationally recognized Western Governors University, WGU Nevada is open to all qualified Nevada residents. The university offers more than 60 undergraduate and graduate degree programs in the high-demand career fields of business, K–12 teacher education, information technology, and health professions, including nursing. Degrees are granted under the accreditation of Western Governors University, which is accredited through the Northwest Commission on Colleges and Universities (NWCCU). WGU’s Teachers College programs are accredited by the National Council for Accreditation of Teacher Education (NCATE), and its nursing programs are accredited by the Commission on Collegiate Nursing Education (CCNE)*.