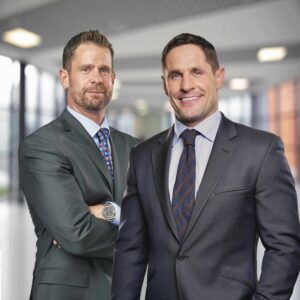 LAS VEGAS – De Castroverde Law Group announced the opening of its office in Reno, Nevada. The firm has two offices in Las Vegas with 13 attorneys and more than 40 full-time staff. The Reno office is located at 5470 Kietzke Lane, Suite 300, Reno, Nevada 89511.

The opening of De Castroverde’s Reno office is a homecoming of sorts, as Waldo De Castroverde, the firm’s founder, began his law career in Reno.

Born and raised in Cuba, De Castroverde moved to Reno in 1977, working as a blackjack dealer while attending law school at night. Upon graduation, he worked as a deputy attorney general in Carson City, and then in 1991, founded the Law Office of Waldo De Castroverde, one of the first Hispanic law firms in the state.

In 1993, De Castroverde moved to Las Vegas to establish a second office. His sons, Alex and Orlando, helped out in the office and were inspired by their father to become lawyers. Waldo De Castroverde passed away in 2014. The firm is now run by his two sons.

“Opening an office in Reno has been a dream for me and my brother,” said firm partner Alex De Castroverde. “When my dad expanded his practice to Las Vegas in the ‘90s, he found he didn’t have the time or resources to operate in both cities, so he closed the office up north. He had been so proud to be one of the first attorneys in Reno to open up an office with the focus on the representation of the Hispanic community.”

Now that we have the resources to expand, we couldn’t be more excited to come back where it all started. We hope to reconnect with many of our dad’s friends and clients who relied on him for many years.”
Alex De Castroverde received his undergraduate degree from University of Nevada, Reno.

The De Castroverde Law Group in Reno will specialize in personal injury and immigration law. They can be contacted at 775.222.9999, or by visiting the website at dlgteam.com