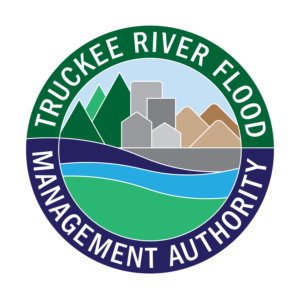 (Reno, Nev.) – Assembly Bill No. 375 (AB 375) was signed into law on June 12, 2017, allowing the Truckee River Flood Management Authority (TRFMA) to continue its mission to plan, engineer and construct flood project improvements that will protect the Truckee Meadows region from a 100-year major flood event. The 100-year plan will help avoid the life-threatening and economic impacts that a major flood event could cause in the future, and is intended to benefit the community as a top regional priority.

The governing body of the flood management authority may, by resolution, create a Flood Control Project Needs Committee (FCPNC) to recommend the imposition of one or more taxes, fees, rates or charges to fund the construction of an approved flood control project. The TRFMA Board of Directors met on June 20, 2017, and passed a resolution creating the FCPNC.

“It will be a community effort to provide the best solution to prevent major flooding for our region that will benefit our citizens,” said Jay Aldean, executive director of the TRFMA. “Our goal is to utilize the approved federal funding from the Army Corps of Engineers along with the additional local matching funds needed to construct the flood project.”

Before April 2, 2018, the FCPNC will prepare recommendations regarding taxes, fees, rates or any combination thereof, to provide funding to the flood management authority for an approved flood management project.

Under AB 375, the taxes that may be considered include: room tax, supplemental government services tax (vehicle privilege tax); real property transfer tax; property tax; or any other tax that the county is authorized to impose under State law. Sales tax may not be considered.

The FCPNC will have 18 months to receive information and evidence concerning the issue of the flooding in areas of the county that are not covered by a flood protection plan, including street storm drains and tributaries. It shall submit a report of its investigation to the Governor, the Director of Legislative Counsel Bureau, the Regional Planning Commission, the Board of County Commissioners, the city councils of Reno and Sparks, and the TRFMA Board of Directors.

The next TRFMA Board of Directors meeting will be held on July 14, 2017 at 8:30 a.m. at the Washoe County Commission Chambers, 1001 E. 9th Street, Reno. For more information on the Truckee River Flood Management Authority, please visit trfma.org.