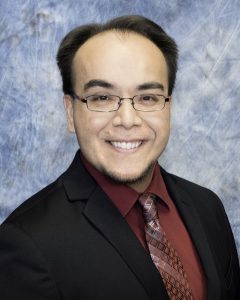 As COO, Ferguson will be responsible for overseeing the operations of GLVAR and its more than 30 employees, filling a position that became available earlier this year when longtime GLVAR executive Wendy DiVecchio was promoted to chief executive officer.

“Lance joins the association with many years of relevant experience,” 2017 GLVAR President David J. Tina said. “He has lived in Las Vegas for many years and knows the local market, which will serve him well in this job working closely with Wendy. He’ll be a great asset to the association.”

A native of Fontana, California, who has also lived in Utah, Ferguson has lived in Las Vegas for the past 19 years. Before joining GLVAR, he was the facility director for Implant Direct, a company that makes and distributes dental implants. He has 18 years of experience managing operations for successful organizations. He earned his bachelor’s degree and an MBA from the University of Phoenix.

About the GLVAR
GLVAR was founded in 1947 and provides its nearly 13,000 local members with education, training and political representation. The local representative of the National Association of REALTORS®, GLVAR is the largest professional organization in Southern Nevada. Each GLVAR member receives the highest level of professional training and must abide by a strict code of ethics. For more information, visit www.LasVegasRealtor.com.