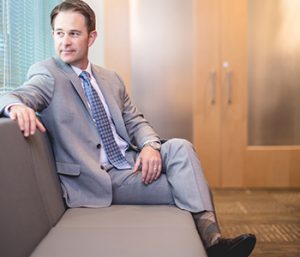 Commercial title insurance protects buyers and investors against loss if a problem arises with their non-residential transaction. Coverage protects against loss for the owner and the lender if there’s a problem with the title. Commercial real estate title insurance covers apartments and office buildings, retail development and industrial facilities, investors, developers, brokers and lenders.

Which means as the commercial real estate market heats back up in Nevada, so does the title insurance business. After the boom and bust cycle in both commercial and residential real estate at the beginning of this century, the economy and the real estate market is in the midst of a come-back. In Northern Nevada the Tesla Gigafactory 1 in the Tahoe Reno Industrial Center is driving new construction in both commercial and residential sectors as new businesses locate in the area and new residents follow job opportunities to the state and buy homes here.

In Southern Nevada, “The NHL is coming to town and now the Raiders having announced that they’ve closed on their site for their stadium, I think it’s bringing a new level of excitement to our market,” said Robert Ray, senior vice president, division manager, Fidelity National Title. “That bodes well for investors.”

A new professional football team and a stadium, and a hockey team heading into town would be a big event for any community. “First, because they create construction jobs, and second because people will be working for those industries after they’re built,” said Terry Wright, owner/chairman, Nevada Title Company. “Las Vegas has been ranking within the top 10 major cities in terms of job growth and having the stadium and the hockey team will only further that kind of job growth as far as new jobs coming to town.”

The new construction and business moving into Southern Nevada opens up more opportunities on the south end of the Strip and the southern portion of Vegas, Ray added. “That particular area is an older area, and I think it will start to revitalize very soon.”

The real estate industry in Southern Nevada, everything from commercial investment to the housing market and new homes, is robust today.

“We’re seeing a lot of activity on the home builder side, and prices are maintaining in terms of appreciation, particularly on the commercial side, with the apartment market and the industrial market and even retail,” said Ray.

The retail sector is picking up as new retail concepts and companies come into Las Vegas, said Wright. These aren’t necessarily big box tenants but small pad users coming in.

In fact, the only sector not showing robust growth seems to be the office market, which is lagging somewhat behind other sectors as the market heats up in Southern Nevada. There’s still a good deal of product available on the market, but as more companies that use office space move toward the suburbs, even this sector of the market is seeing growth and new construction, especially along the 215 in Las Vegas.

“The biggest challenge we have in Las Vegas is the lack of affordable land. We have boundaries all the way around and the land owned by the federal government,” said Wright. “If you’re a developer looking to put a development up in an area like the southwest or Henderson, you’re going to find the land is not available or it’s too expensive to build on.”

The federal government owns and controls a majority of the land in Nevada and in the southern end of the state, both commercial and residential development is constrained by both lack of land and affordability.

“That’s both good and bad,” said Ray. “It keeps supply down but in growth mode, it makes it difficult for the investors to pencil projects because we don’t have this giant supply of land where you can just go pick your parcel and go build on it.”

What’s New and What’s Not

While new businesses move into Nevada on both ends of the state, including new and diversified industries like drone and autonomous vehicle testing, some things still remain constant. Regulations governing title insurance haven’t changed overly in the commercial sector over the last few years.

The title insurance industry as a whole has experienced some major changes in the last few years, but most of those haven’t affected the commercial transactions side, said Chad Felix, vice president, sales and marketing, Western Title Company. Changes within the regulatory structure mostly focus on the residential sector. For example, there’s the Real Estate Settlement Procedures Act (RESPA), the main federal law that governs residential home sales.

“The purpose of RESPA is to mandate certain disclosures in connection with the real estate settlement process, so home purchasers can make an informed decision,” said Felix.

A second purpose to RESPA is to prohibit certain unlawful practices by settlement providers. RESPA doesn’t apply to commercial transactions. “I believe that the majority of the predatory lending and ‘kickbacks’ from settlement agents were mostly involving residential properties, and that’s why we have not seen the same regulation in the commercial agency,” said Felix.

Since the recession and the economic fallout, the title insurance industry has become more diligent in the handling of transactions in both the residential and the commercial sectors. There’s always been a need to make certain the I’s are dotted and T’s are crossed, but now the industry is more aware of and watching out for certain types of fraud.

“I’d like to say we’ve learned a little something from the downturn,” said Ray. “We’re more aware of some of the potential types of fraud. As a result, we have new systems in place to essentially vet deals that could be potential fraud and relate to checking the entity docs and making sure we have the proper consent from all involved in the transaction.”

“That can result from wire fraud to falsification on the entity docs because there’s been circumstances where someone may change who the managing member is on the county website,” said Ray. “Before we might not have questioned that quite as deeply as we do now.”

Attempts at fraud in residential transactions are seen by title insurance agents on an almost daily basis. “The number one hacking fraud is where a party will hack into a seller’s emails and send to the title closing agent saying, ‘I’m going to be out of town at closing, please wire my proceeds to this bank over here,’” said Wright. This is why the managing member and the members of an LLC must now all consent to a sale or refinance or other commercial real estate transaction.

Changes Coming Down the Pipeline

One change that may be coming to the commercial real estate title industry involves 1031 exchanges. A 1031 exchange, which can also be called a like-kind exchange, is the swap of one business investment or asset for another.

Named for the U.S. Internal Revenue Code Section 1031, this type of transaction allows a taxpayer to defer recognition of capital gains and related Federal income tax on the exchange of a certain type of property.

There’s talk of doing away with 1031 exchanges, which could be devastating for Nevada’s commercial real estate industry.

“We get quite a bit of influx of buyers from other markets, in particular California, because of our favorable tax climate here in Nevada,” said Ray. A sister company of Fidelity National Title is very active in the 1031 market in Nevada.

It’s possible that lawmakers in Washington are trying to create incentives through lower taxes for investors. If other changes to taxes go through, such as allowing immediate write-off of buildings within the year they’re purchased and using the proceeds to purchase another building within the same year, the investor wouldn’t recognize a taxable income.

“They may feel the 1031 is something they could essentially get rid of in lieu of offering a lower tax basis for capital gains and higher tax bracket investors,” said Ray.

“With the abolishment of 1031s there’d be a significant tax paid on investments, as opposed to being able to roll it into new transactions and create more deal flow,” he added.

Since the title insurance business is regulated with regard to fees, it’s a volume-based business: for agents to make money, the more transactions, the better.

“For us to not have these exchanges for people to roll their investments into, that would obviously eliminate at least a portion of our business,” said Ray.

Other changes to commercial real estate title and escrow industry deal with its technology, said Felix. Things like digital signing and hyperlinks to documents on your title commitment make the title process move more quickly and efficiently.

“We are not an industry that likes a bunch of change but I believe the new and old generations have worked together to accept changes, as well as keep our foundation and identity still intact,” said Felix.

Title Insurance in the Business World

“The commercial sector is more savvy when it comes to title insurance,” said Ray. “They realize the importance of having the product. Especially as we hit the recession, in terms of protection, particularly lenders from failed projects. That’s why you buy title insurance – to protect yourself against potential liens and encumbrances on the property. It’s a very relationship-driven business. A lot of our investors and developers value the relationship they have with their title companies and, in particular, their underwriters within the title company. And, quite honestly, [they value] the strength behind that company.”

The recession forced out some of the smaller title insurance companies that struggled to pay claims when the economic situation got rough. Title companies aren’t in business just to pay claims, but to give security to clients and the assurance that, in the event something goes wrong and there’s a situation where a claim arises, the title company has the ability to pay that claim.

“Business owners are making a substantial investment and, if you do not have a clear title, then your investment may be worthless or cost you a ton of money to get the title cleared,” said Felix. “Unlike many other insurance policies, title fees are a one-time fee paid at closing.”