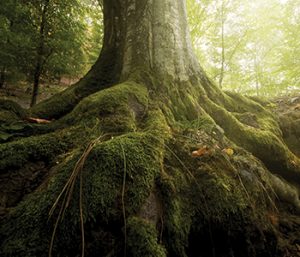 The Silver State has a unique origin story. Despite being much less economically viable and populated, Nevada beat out the other territories to become a state in 1864 because of its Republican and pro-Union leanings. President Abraham Lincoln fast-tracked the process, surpassing Congress, to ensure ultimately three electoral votes for his re-election and bolster Republican representation in Congress. After Nevada voters approved the constitution proposed for statehood, Lincoln declared the territory a state, eight days before the U.S. presidential election.

Fast forward 90 years to the mid-1950s. It was then that Nevadans first made concerted economic development efforts primarily to bring companies and industry to the state. The total population was 218,000 in 1954 and gambling was the dominant industry. Although sporadic over the previous decades, mining production was at record highs at the time.

In the spring of 1955, state legislators mandated formation of a department of economic development and appropriated $200,000, a value of about $1.8 million today, for the initial two years. First headed by Pete Kelley, the Nevada Department of Economic Development (NDED) aimed to publicize and advertise all aspects of the state’s economy, attract light industry and promote intra-state travel. An original undertaking of the organization included preparing and distributing 400,000 promotional and informational folders on Nevada’s ghost towns and historic sites, agriculture, mining, skiing, state capitol, museums, gambling, hunting, fishing and state parks.

The same year, a group of civic and political leaders in Northern Nevada established and self-funded the Western Nevada Industrial Development Commission (WNIDC). Its purpose mirrored that of NDED but for the Reno-Sparks region.

“The creation of WNIDC indicates an understanding on the part of your local governments and business leaders of the need to diversify your local economy and to provide additional jobs to support your rapidly increasing population,” a U.S. Department of Commerce official told the commission, as reported by the Reno Evening Gazette.

Under the leadership of directors Lee J. Humphreys and D.G. Pilkington, the group got busy promoting local industry with the help of a newly developed booklet, “Why Western Nevada is the Place for Your Industry.” It included data such as population changes, property valuations, employment figures and building, banking and sales records. It detailed the area’s economic growth over the previous 15 years, available natural resources and transportation options. The booklet also highlighted the significance of the state’s free port law that enabled goods passing through Nevada to another state to be untaxed.

WNIDC conducted an industrial survey designed to provide manufacturers the facts needed in deciding whether or not to set up operations in Reno or Sparks. Members traveled to other parts of the country to connect with business owners and federal legislators and tout Northern Nevada as an optimal site for their business or industry. In fact, the commission’s 1959 publication, “A Factual Digest of America’s Newest Industrial Community,” noted the Reno-Sparks area offered maximal corporate advantages and was an ideal place to live.

In the first year, it commissioned an outside survey of Southern Nevada’s economic and industrial potential, which it printed and distributed nationwide. In 1958, members attended and networked at the National Industrial Development Exposition in New York City. Promotional trips with the state governor to other locales, such as Chicago, Dallas and Cleveland, also were common. In 1959, SNIF launched an effort to bring ballistic missiles and other defense industries to the southern part of the state.

In what would be a permanent population distribution shift, Las Vegas surpassed Reno as the most populous city. More broadly, Clark County’s population was 127,016 compared to Washoe County’s at 94,634 during the same period.

“In the early days, when it was formed, it was very important as far as safeguarding the economy and not being a one industry town or state,” said Karen Marshall, who worked at NDA from 1983 to 2000, most recently as vice president of client services.

In the early 1980s, gambling revenue declined drastically due to a national recession and introduction of legalized gaming in New Jersey. A study in 1982 ranked Nevada eighth out of 11 Western states in terms of having the most favorable business climate. Nevada’s political and economic leaders began concerted efforts to diversify the economy into sectors such as warehousing and manufacturing, particularly high-tech.

NDA shifted from an all-volunteer organization to one with paid positions. With Tim Carlson as the first compensated president, NDA had about 480 members and 30 board members. Starting then, the authority placed a heavy emphasis on growing the membership. It formed a dedicated committee, on which former Governor Kenny Guinn, then vice president at Nevada Savings and Loan, among others, sat.

The organization was funded mostly by members along with the occasional grant. Later, it received state funding as well.

In 1981 another organization formed in the state to represent the Sierra Region of Nevada. The Northern Nevada Development Authority (NNDA) is a non-profit organization funded by the state, the counties and cities that make up the region as well as business partners within the communities it serves. Today NNDA provides broad economic development for Carson CIty, Churchill, Douglas, Storey and Lyon Counties. Recently the organization has reinvented itself, launching new programs and intiitatives to better serve the Sierra Region.

As NNDA was getting ramped up in the 80s up north, NDA began publishing the Las Vegas Perspective for Southern Nevada, which provided pertinent statistics and information about the region to prospective companies. The Perspective has expanded and today encompasses a research book, quarterly newsletter, publication and event.

A major coup was getting Citibank to Las Vegas where it opened a credit card processing facility, adding numerous jobs, Marshall said. It required changing a state banking law, for which Governor Dick Bryan mandated a special session.

“We felt legitimized to get a big name that would help attract other big corporations,” Marshall said.

Later, while the mission of NDA to foster and promote economic development in Southern Nevada remained the same, it broadened its aims. In 1997, it was working on nine objectives, which included attracting and assisting new businesses, facilitating retention and expansion of existing ones and fostering relationships between public, private, educational and governmental sectors.

Meanwhile, in the north, WNIDC acted on its conclusion that operating with all volunteers no longer was working, and it was time to shift to a paid staff of professionals dedicated to economic development. Together with the Reno chamber, the commission formed the Economic Development Authority of Western Nevada (EDAWN) in 1983.

Eventually, the WNIDC became Western Industrial Nevada, or WIN, and became a breakfast networking and speakers group, which it remains today.

Shelby Dill, EDAWN’s first CEO, worked out of space at the Reno airport. Kenneth Lynn succeeded him in 1988. The primary goal remained to attract new companies. In 1990, 42 companies relocated to Reno-Sparks, which created about 1,300 jobs, reported the Reno Gazette-Journal.

When Chuck Alvey was hired as president/CEO in 1998, the authority broadened is purview. The mission was “to grow the economy and do it in a quality way,” he said, and his role mostly was “recruiting the best people to do a great job in building the economy.”

Then, as with NDA, EDAWN pushed to enlarge its member count and involve more people. It expanded the board to as many as about 70 individuals. “Growing the membership was one of the biggest accomplishments we had in that time, and that continues today,” Alvey said.

The authority initially was funded by memberships, WIN and the Reno chamber. Later, sources included the cities of Reno and Sparks, Washoe County and the state.

A major initiative was getting Northern Nevada national exposure as “we were invisible,” Alvey said. Due to an extensive, successful media campaign, awareness increased, which helped attract firms.

Among its accomplishments, the organization launched and developed Business Builders, a volunteer-driven economic development program dedicated to encouraging the growth and stability of local business. It started the Technology Business Alliance of Nevada (today, Nevada’s Center for Entrepreneurship and Technology or NCET) designed to foster high-tech growth in the region. In 2010, EDAWN facilitated Target 2010, a study and roadmap for developing the economy regionally.

Major changes and developments occurred in 2011 as the state reeled from The Great Recession. Nevadans elected Brian Sandoval as governor and, under his leadership, the state took on a much more active role in economic development.

Through a legislative mandate, the Nevada Center for Economic Development (NCED) was recreated as the Governor’s Office of Economic Development (GOED) to promote “a robust, diversified and prosperous economy in Nevada, stimulating business expansion and retention, encouraging entrepreneurial enterprise, attracting new business and facilitating community development,” according to its website.

Among other goals, the plan called for Nevada to create a modern economic development system and to regionalize efforts throughout the state, which has been done.

“That was really the starting point for the regional development authorities,” said Jonas Peterson who serves as president and CEO of the Las Vegas Global Economic Alliance’s (LVGEA), formerly NDA.

Also in 2011, Alvey stepped down as the head of EDAWN, and Mike Kazmierski assumed the position. Since then, the group has been “committed to recruiting, expanding and supporting newly forming, quality companies that bring jobs to the region and have a positive impact on the quality of life in Greater Reno-Sparks-Tahoe,” according to the website.

In Kazmierski’s first three years, EDAWN attracted more than 60 new companies, including Tesla Motor Co., assisted with the expansion of 25 others and implemented an entrepreneurial development program.

Simultaneously, in Southern Nevada, NDA reinvented itself as the Las Vegas Global Economic Alliance (LVGEA) “to reflect the broader mission and the global nature of competition and the idea that it’s an alliance,” said Peterson, who joined the organization in 2013 as chief operating officer and replaced outgoing president/CEO Tom Skancke in 2015.

The alliance has successfully created high-wage jobs, more than 18,000 of them since 2012. It has united public, private and educational leadership, expanding its board to 47, three members shy of its goal, and growing its partnership organizations to 108. Further, last year it established the LVGEA Research Center to help business and community leaders make informed decisions by offering them input based on data analysis.

Also in 2016, LVGEA celebrated the 60th anniversary of the organization with humble beginnings as SNIF.

“We’ve grown and we’ve matured,” Peterson said. “That original strategy, though, I think still holds in many ways. We’re just kind of working through it step by step and each year building upon the work of the previous year and previous leadership.”