You are here: Home / Press Release Wire / Bryce Warner of The Applied Companies Joins United Way Board of Directors 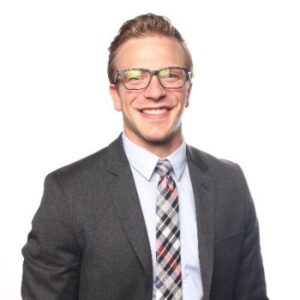 Reno, Nev. – United Way of Northern Nevada and the Sierra (UWNNS) announced that Bryce Warner has joined its Board of Directors and is the chairman of the Annual Campaign Committee. Warner is the executive recruiter at The Applied Companies, and is responsible for developing partnerships with clients to understand their culture and hiring needs. His focus on developing partnerships aligns perfectly with his role on the United Way Board and Committee.

“We are thrilled to welcome Bryce to the Board,” Stephanie Ginter, MBA and Chairwoman of the Board, said. “He began his work with United Way in 2012 as a community executive, and we are yet again benefitting from his passion for connecting with the community, now as a member of the Board.”

As a community executive, Warner helped deliver presentations to various companies, encouraging their participation with United Way. In 2015, he moved to the Bay Area and upon his return to Reno in 2016, he quickly reengaged with United Way by supporting its resource development efforts.

Warner graduated from the University of Nevada, Reno with a degree in finance and economics in May of 2015.

About United Way of Northern Nevada and the Sierra
UWNNS has successfully served northern Nevada for over 75 years. With a goal to raise the number of children in northern Nevada who read proficiently at the conclusion of third grade, UWNNS concentrates on four key pillars needed to achieve the goal: early learning and development, kindergarten readiness and early literacy, early grade success and strengthening families. For more information, call 775-322-8668 or visit www.uwnns.org. Connect with us on Facebook (www.facebook.com/UWNNS/), Twitter (twitter.com/uwnns), Instagram (www.instagram.com/_uwnns_/) and Pinterest (www.pinterest.com/75stories75yrs/).