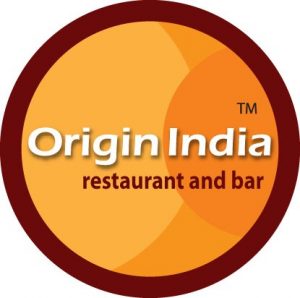 LAS VEGAS – Origin India, famous for its high ratings and unique experience to a new taste in multi-regional Indian cuisine in Las Vegas, has now expanded to include Paradise India with a focus on traditional Southern Indian cuisine. Chef William Bathini owner of Paradise India will serve as Executive Chef at both locations.

Origin India CEO, Mr. Raja Majid says, “Origin India’s menu has been known to feature innovative takes on classic Indian cuisine, but with an emphasis on Southern Indian cuisine, presented with a modern and refined flair, which is why this collaboration to include Chef William Bathini is so exciting. Chef William Bathini is very focused on Southern Indian preparation of cooking which is flavorful and much healthier.”

Both restaurants will continue to present creative takes on traditional Indian food with vegetarian entrees. “I am excited about this collaboration and to focus on a dining style,” says Chef William Bathini. “There are noticeable differences between the styles of cooking because of the spices we use and the areas the spices grow. South Indians more widely use coconut in food preparation and have relied more on rice, vegetables, and seafood.”

Southern Indian food is widely known for its nutrition, fragrance, flavors, seasoning, taste and visual appeal. Chef William Bathini’s desire to create an authentic Indian food franchise with his style of preparation and fresh ingredients formed the partnership with Origin India, where he will transition Origin India into primarily a Southern Indian restaurant to the delight of many.

Origin India’s dynamic menu features the cities only refined, modern Indian cuisine. Executive Chef William Bathini embraces the rich tradition of South Indian cuisine but creates unique dishes that more accurately reflect healthier and flavorful choices including vegan and vegetarian options. The restaurant offers a full bar that includes a variety of signature cocktails created by our resident mixologist, who combines premium spirits, fresh juices, and spices that compliment Chef William Bathini’s dishes. Origin India Restaurant and Bar is open seven days a week from 11:30 am to 10:30 pm and features a weekday Happy Hour from 5 pm to 7 pm with everything priced under $6 and guests can enjoy our innovative signature cocktail menu. We are located at 4480 Paradise Road, Suite 1200, Las Vegas, Nevada. P: 702.73. INDIA [4-6342] www.originindia.com

Chef William’s first restaurant was Kabab Place in Orlando’s upscale are of Metro West. Quickly followed Sanhil Indian Cuisine in Virginia and Heritage India in Oklahoma. In Las Vegas, he noticed an exponential opportunity that could be seized if he integrated his unique food and style into this bustling tourist area. He relocated to Vegas last year in hopes of creating a sensation in the Indian food industry with his unique and unparalleled eruption of flavors coupled with his exclusive presentation. He opened Paradise India on July 1st, 2016 proudly boasting the largest Indian buffet in Las Vegas by offering Indi-Chinese, South and North Indian and Mughlai fusion dishes.