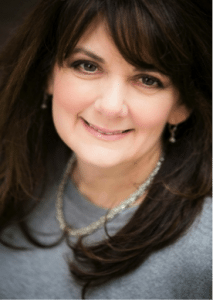 Most recently, Wilkinson served Nevada Governor Brian Sandoval’s administration as an agency executive and as a senior advisor. In her role as deputy chief of staff, Wilkinson’s work focused on healthcare policy and serving as the Governor’s liaison on health and human service initiatives.

“We are thrilled to bring Ann on board as the NCJFCJ’s new director of human resources,” said Joey Orduna Hastings, chief executive officer. “Ann’s legal career, experience with the judiciary, and work in the public sector will prove to be assets to the organization. With her leadership, the NCJFCJ can take one of our most important values—increasing the diversity of the organization—to the next level.”

In addition to her career in public service, Wilkinson is a lawyer with more than 20 years experience. As a former municipal attorney for the cities of Reno and Henderson, she advised management on various human resource practices, including employee relations, recruitment, benefits and employment policies. Wilkinson has served as the first assistant attorney general for the Nevada Attorney General’s Office, and as an appellate attorney with the Idaho Attorney General’s Office. Her private sector experience includes working as an associate attorney with a large Nevada law firm, and providing in-house legal counsel for two national corporations.

Wilkinson’s experience also extends to the judiciary. At the Nevada Supreme Court, she was instrumental in the initial implementation of the court’s senior judge program. And, at the Second Judicial District Court in Washoe County, Wilkinson oversaw operations of the Family Court Self-Help Center.

“My long career in public service and experience with the judiciary is the perfect fit for this position,” said Wilkinson. “The NCJFCJ is the ideal organization for me to best put my expertise to use. I look forward to supporting the more than 80 employees while continuing the mission and vision of this prestigious national judicial education organization.”

Outside the office, Wilkinson is in an active volunteer and philanthropist. She has a history of serving on the boards of several organizations and donating her time to community projects. Currently, Ann serves as an executive board member of the Nevada Women’s Fund and chairs the Fund’s Allocation’s Committee.

Wilkinson is licensed to practice law in Nevada, Idaho and Washington. She has studied in Germany at the Goethe-Institut, and holds a bachelor’s degree in political science from the University of Washington and a JD from Seattle University.

Wilkinson will begin her role at the NCJFCJ on May 22.