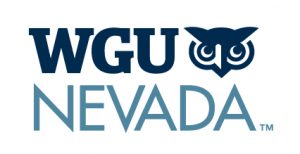 NEVADA — Gallup has released the results of a new study that compares the satisfaction and overall well-being of Western Governors University (WGU) graduates with graduates from other institutions in the United States. For the third year, the results demonstrate that WGU graduates are more likely to have the jobs they want, feel engaged at work, and have an emotional attachment to the university.

“I just feel better about myself,” said Logan McDaniel, WGU Nevada alumnus. “I feel accomplished, and that is a wonderful feeling. With the degrees that I have earned and plan on earning, I will be well positioned to take on executive level positions in business and IT.”

The findings were released Wednesday at Gallup headquarters in Washington, D.C., to media, policymakers, and leaders in higher education and workforce development.

“WGU grads are twice as likely than other college graduates to say they had a mentor who encouraged their goals and dreams,” said Brandon Busteed, Gallup’s Executive Director, Education and Workforce Development. “Given that Gallup has found this to be the single strongest element linked to long-term success in career and life, it’s a hugely positive outcome. It’s not about simply having an advisor who provides course selection tips. WGU grads are being inspired and encouraged around their life goals and dreams.”

“Right after earning my Master’s degree in Learning and Technology from WGU, I was asked to be my schools Learning Strategist and apply my capstone project into the workforce,” said Silvia Mendoza, WGU Nevada alumna. “Having a mentor throughout my Master’s program motivated me to finish my two-year program in a year and half, saving me thousands of dollars!”

According to the study:
• The employment rate for WGU alumni who have graduated within the last five years—81 percent—outdistances the national average of 74 percent.
• WGU graduates are more likely to be engaged employees— 15 percent higher than the national average.
• WGU graduates said their experience was worth the cost—73 percent compared to 38 percent.
• WGU alumni are nearly twice as likely as graduates of other institutions to be thriving in all five elements of well-being—purpose, social, financial, community, and physical.
• WGU alumni are almost twice as likely to be emotionally attached to their university than alumni from other universities—demonstrating that personal connections are possible in distance learning.

The survey, which included 2,700 WGU graduates, compared the WGU responses to the national data included in the Gallup-Purdue Index. Gallup and Purdue developed the index to examine the long-term success of graduates as they pursue a good job and a better life. The index provides insight into the relationship between the college experience and whether college graduates have great jobs and great lives.

About WGU Nevada
WGU Nevada is an online, nonprofit, competency-based university established to expand Nevadans’ access to higher education throughout the state. Formed through a partnership between the state of Nevada and nationally recognized Western Governors University, WGU Nevada is open to all qualified Nevada residents. The university offers more than 50 undergraduate and graduate degree programs in the high-demand career fields of business, K–12 teacher education, information technology, and health professions, including nursing. Degrees are granted under the accreditation of Western Governors University, which is accredited through the Northwest Commission on Colleges and Universities (NWCCU). WGU’s Teachers College programs are accredited by the National Council for Accreditation of Teacher Education (NCATE), and its nursing programs are accredited by the Commission on Collegiate Nursing Education (CCNE)*.
In addition to WGU Nevada, there are five other WGU state-based, state-endorsed universities: WGU Indiana, established in June 2010; WGU Washington, established in April 2011; WGU Texas, established in August 2011; WGU Missouri, established in February 2013; and WGU Tennessee, established in July 2013. For more information, visit the WGU Nevada website, www.nevada.wgu.edu, or call 877-214-7005.
*Western Governors University offers nursing programs that are accredited by the Commission on Collegiate Nursing Education (One Dupont Circle, NW, Suite 5380, Washington, DC 20036, 202-877-6791).