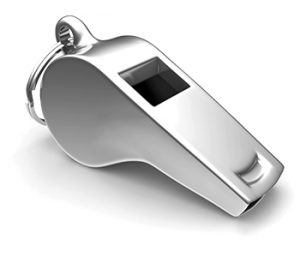 The best litigation for business decision makers is the litigation that never happens. Court cases are time-consuming, expensive and take a business owner’s mind off business. The best way to avoid litigation? Document everything, know your obligations and be certain your protections are in place.

“It sounds a little simplistic, but I would say, know your legal obligations, comply with them, and most important, create documentation of your compliance,” said Lee Roberts of Weinberg, Wheeler, Hudgins, Gunn & Dial.

“Most litigation arises out of the business disputes with a party you’re doing business with, and it’s almost always about money,” said Roberts.

Step one in keeping a business out of litigation is to make certain the rights and obligations of both sides of a deal are documented. Whether with a formal contract created by a lawyer or a memo of understanding, or even a letter sent to the other side, it’s important there be some form of written documentation.

“Most disputes arise, in my view, from factual disagreements between two parties who want different things, or who believe that they’re entitled to some performance that the other side never expected to provide,” said Roberts.

“Keep and maintain comprehensive documents,” said Aviva Gordon, Gordon Law. “Plenty of businesses, local in particular, have been successful for a very long time and have followed the term of ‘a person’s word is their bond.’ Unfortunately that doesn’t always hold true and documentation is always the best way to go.”

Beyond documentation is understanding. Pat Lundvall of McDonald Carano, suggests business owners perform an internal audit, and hire competent counsel that will learn the business and evaluate the protections in place. Review employee handbooks and training of all kinds – safety, sexual harassment – and perform the reviews before there’s any threat of litigation.

“Every business-based threat, how do you protect yourself against those threats? As with any form of protection, the first line of defense is prevention,” said Lundvall. Business owners should ensure they’re covered by every type of protection specific to their business, whether that’s insurance or contractual documents or some other protection.

“Avoid bad clients,” said Max Couvillier, Black & Lobello. Bad clients can harm business. For example, in the legal field, red flag clients generally have been fired by multiple law firms. In real estate, it’s the client searching for something specific no one can find for him.

“A little Google search on the client, searches on public record, maybe about previous lawsuits, can help avoid litigation,” he added.

Business owners need a strong team of professional advisors like legal and financial experts. “Oftentimes business owners are very, very good at what they do and they don’t necessarily understand or appreciate other things they could be doing to protect their business,” said Gordon.

If prevention fails, get help.

“It’s wise to seek counsel earlier rather than later,” said Gordon. Before making business decisions, before expanding, before entering into contracts, business owners should check with their professional team.

That’s because the longer the case goes on – and court cases can take years to even get to court – the more money both sides have spent. The more money spent, the less likely they are to walk away. They’ve become entrenched in their positions.

The best thing a business owner facing a legal dispute can do is hire counsel, said Lundvall. Because it’s possible to predict the outcome of a case by the quality of the counsel, it’s important to choose well.

“The quality of their counsel that they’ve chosen to shield them is nearly the end all and the be all of the outcome of the litigation,” said Lundvall.

One way to find competent legal counsel is by word of mouth from colleagues. The second is to audition.

“Ask the attorney you’re considering hiring if you can come watch them in the courtroom,” said Lundvall. “Any competent lawyer is making regular appearances in a courtroom. Ask to come see them even though it’s another case unrelated to yours. See how well they do. See if you understand the arguments they make in court. See the kind of relationship they have with the judge.” If the attorney doesn’t have anything coming up in court, that alone should be a red flag.

“As a lawyer who mentored me once said, if it isn’t documented, it didn’t happen,” said Roberts.

The flip side of no documentation is bad documentation. Internal emails can fall into that category. Because email is a less formal means of communication, it lends itself to flippancy and speculation. People say things in email they’d never say in a formal letter or spell out in a contract. Problem is, if a legal dispute arises, those emails are subject to legal discovery in the scope of the case, and can be misinterpreted if they’re not precise and factual.

The flip side of that is destroying documentation, whether it’s good or bad. Many businesses have email systems that purge old and archived emails periodically.

“If a business becomes aware of a potential lawsuit or dispute with a former customer, business partner or current business partner and had a falling out, and if it’s a business that conducts regular destruction of archive emails or electronically stored documents, they need to suspend that practice right away and preserve all evidence, all emails, all electronic evidence,” said Couvillier. “Generally the best way to do that is to stop deleting every email and put a hold on any document destruction policies.”

“It makes them feel good for about 15 seconds, then it’s there for all the world to see,” said Couvillier. Pick up the phone, whether it’s to call the lawyer or the other side in the dispute. Then there’s no trail of either paper or pixels and no backlog of emails or texts to be produced in discovery.

Pursuing litigation in order to “win” a dispute is an expensive proposition. “It’s incredibly unsatisfying to spend a tremendous amount of money on lawyers’ fees and court costs to have somebody say, ‘you’re right’ if you don’t get the compensation on the back side of that,” said Gordon. “Litigation is rarely about principle. Most frequently it’s about money.”

From the defendant’s perspective, a huge pitfall is not settling when there’s a chance. If a business owner knows there’s culpability, being honest internally and with counsel will help a business come out of litigation unscathed, or at least less scathed, said Gordon. If there is culpability, defendants should consider the costs of litigation versus the cost of settling.

“There are a lot of companies that have a knee jerk reaction if they’re being sued or an aggressive claim is coming their way,” said Jim Pisanelli, Pisanelli Bice.

Their first defense is offense, whereas stepping back and actually doing an objective analysis to see if there is culpability can save time and money. “Litigation has a way of compounding and snowballing. If you’re able to search for reasonable business solutions before the litigators get involved, I think it’s probably the singular best advice I could give somebody. Look for business solutions before litigation.”

Not all business disputes have to end in litigation. However, if a dispute has passed the point where the principals can talk their way out of a problem together, mediation might provide a solution.

Sometimes. Parties in dispute who approach mediation with a sincere desire to find a solution and who are willing to compromise, especially if met by the other side coming in with the same attitude, have a good chance for mediation to be “wildly successful,” according to Lundvall.

“If one side or both sides come into mediation with battle lines firmly drawn, ‘I’m not going to step over this line, I’m not going to compromise, it’s my way or the highway,’ it’s never going to be successful,” said Lundvall.

As litigation becomes more expensive, the incentive for people to reach compromise through other means becomes more attractive. Though the best mediators can be expensive, it can be money well spent. Mediation may settle disputes faster than a court case can, with less time and energy directed away from running the business. According to Roberts, more than 90 percent of the cases Weinberg Wheeler sends to mediation get resolved.

“Mediation is really nothing more than a more formal way of trying to solve the problem. If it is a business dispute with somebody you want to have an ongoing business relationship with, having that more cordial ability to solve a problem and figuring out how to walk either together or away from each other can ultimately be more successful for one’s business,” said Gordon.

Mediation isn’t a one shot deal. Litigants can try mediation multiple times and at any point before or on the eve of trial.

Just because a case is adjudicated in District Court doesn’t mean it’s necessarily over. But where cases used to have to wait until they could be heard by the Nevada Supreme Court, now there’s an intermediate court, Nevada Court of Appeals.

“Not only has it tried to clear out a backlog of cases, but from a business perspective you get quicker resolution [of cases] with the intermediate Court of Appeals,” said Lundvall. “For business, speed of decisions is critical and you can’t just simply wait around for years for a decision.”

Business court cases are generally appealed directly to the Nevada Supreme Court, not the Appeals Court, said Couvillier. Where the appeals court figures in is by removing some of the backlog of Supreme Court cases so business cases are processed more quickly.

In December the new court issued nearly 100 opinions, for cases that would have taken much longer to get decisions if they’d had to wait to reach the Nevada Supreme Court.

“They’re very prolific, and the quality of their decisions has been excellent,” said Roberts. Because the decisions are more than just affirming or overturning the lower court’s decision, they include legal analysis that provides additional guidance for attorneys to clearly understand the law.

“Discretionary writs are where you seek legal advice from the Appellate Court during the litigation,” said Roberts. “That way if there is an error made by the trial court, it can be resolved before the parties spend three years litigating the case and going to trial only to learn after that there had been an error made in the trial court.”

The Cost of Doing Business

As the economy has improved, attorneys are seeing different behavior from business owners when it comes to litigation.

Couvillier has seen a rise in cases. “Now that businesses are viable and there’s a long term good outlook on businesses, people have something at stake to fight for.”

“When the economy is going strong, [business people] don’t want to put their energy and their money and their resources and their capital into litigation,” said Lundvall. Instead of looking back over their shoulders and squeezing every dime out of every deal, they’re looking ahead to what’s next. “Quite candidly that’s where we are [now]. Business litigation is down as we’re seeing the economy recover.”

Roberts said anecdotally that the firm is seeing fewer cases filed but those that are filed involve larger disputes. “As the size of the dispute increases, the transactional cost of litigation becomes less significant.”

“The best way for a litigator to serve his or her client is to either take them out or get them out of litigation,” said Gordon. “The longer that the litigation goes on, the better it is for the lawyer’s bottom line, but not necessarily for the business’.”

“My experience has been that, at least from a commercial litigation perspective, people have been arguing over money since the dawn of time and that hasn’t changed,” said Pisanelli.