You are here: Home / Press Release Wire / Nevada Donor Network Leads the Nation in Number of Lives Saved per Capita Through Organ, Eye and Tissue Donation 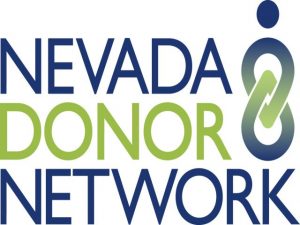 Las Vegas – Nevada Donor Network (NDN), the 501-C-3 not-for-profit federally designated organ procurement organization serving the majority of the state, is proud to announce it helped save and heal more lives than ever before on behalf of heroic organ, eye and tissue donors. This marks the organization’s fourth record year since NDN’s cultural transformation in early 2012. In 2016, the team facilitated donations from 107 organ donors which resulted in 362 transplanted organs. This equates to 49 organ donors per million of population recovered last year. On behalf of these heroic donors, NDN facilitated 164 transplants per million of population in 2016; making the organization a world leader in the number of lives saved per capita served (based on data from Organ Procurement and Transplantation Network and U.S. Census). More than 33,600 people in the U.S. received a lifesaving organ transplant last year according to the United Network for Organ Sharing which is an increase of almost 10% over the same period in 2015.

Donated tissues such as skin, bone and heart valves can heal and save lives for patients facing life-threatening burns, torn ligaments, and musculoskeletal injuries. NDN recovered tissue from 522 tissue donor heroes in 2016 which will help restore lives and mobility for thousands of grateful tissue recipients. On behalf of 1,036 heroic cornea donors NDN also helped restore sight to 1,516 people who received corneal transplants.

“Our sustained success would not be possible without the support of our donation partners and their commitment to our mission,” says NDN President and CEO, Joe Ferreira. “Most of all, we wish to extend our sincere gratitude to the heroic organ, eye and tissue donors and their families for allowing NDN to provide hope, strength and life to more people than ever before in 2016. We are truly humbled by their generosity,” he added. Another person is added to the waiting list every 10 minutes, and approximately 24 people die each day in the U.S. while they wait for an organ transplant. Currently, more than 570 Nevadans and 119,000 people nationwide are waiting for a lifesaving gift. It takes less than a minute to register as a donor hero at www.nvdonor.org.