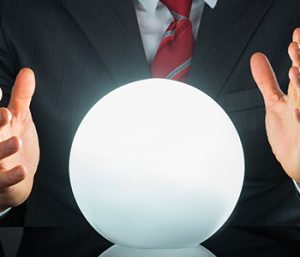 Planning for Business Taxes in 2017

Although Nevada has one of the most business-friendly tax environments in the U.S., business owners still have to contend with (and plan for) local, state and federal taxation. In addition, planning for taxes in 2017 is a task made much harder due to recent political and legislative changes. Not only is President Trump’s proposed tax reform package likely to upend traditional tax planning, but the 2017 Nevada Legislature also presents many unknowns, with a new party now in control of both the Senate and the Assembly.

“Nevada is still the best state to run a business in,” said Leighton R. Koehler, a CPA who is also an attorney at the Dickinson Wright law firm in Las Vegas. “We have no corporate or personal income tax, and we don’t have a lot of other burdensome taxes that other states have. In addition, we’re right next door to the sixth economy in the world, California. If you put both these factors together, you have a real recipe for winning.”

Two business taxes that do apply to many Nevada companies are the Modified Business Tax, based on employee gross wages, and the Commerce Tax approved by the 2015 Legislature, which taxes the gross receipts of businesses with at least $4 million in revenue in Nevada. The first Commerce Tax forms were due August 15, 2016 for the 12 months ending June 30, 2016.

Chris Wilcox, tax partner at Eide Bailly, a national accounting and business advising firm, reported that their Nevada offices were busy before the first filing deadline, but now that business owners have gone through the process once, they are able to make it a part of their regular tax planning.

“This tax applies quite broadly to businesses such as car dealerships, groceries, hardware stores and many more types of companies,” he explained. “It’s pretty straightforward, but the key issue is to properly identify the type of business, because there are different rates based on 26 business categories.”

Anna Thornley, president of the Nevada Taxpayers Association, said the 2017 Legislature may propose some minor changes to the Commerce Tax. She added that her organization may ask the Legislature to move the reporting year from the state’s fiscal year (July to June) to a calendar year to make it easier for businesses to calculate and report taxes. In addition, the group is protesting a provision in the tax form that requires companies to include the Social Security number of a responsible party, even though the business entity may be a corporation (see commentary, page 4).

“We feel this violates the law, and we sent a letter to the Nevada Department of Taxation stating our position on this matter,” she said.

Koehler predicted business owners are more likely to see a review of the tax at the regulation level than at the legislative level. “There may be a tightening up of regulations by the Department of Taxation,” he said.

Tim Nelson, owner and manager of Evans Nelson & Company CPAs in Reno, also predicted that, while “the state was pretty lenient in the first year about assessing penalties, there will be no more slack or penalty waivers for people who file late or calculate their tax incorrectly.”

New State Taxes on the Horizon?

As the Legislature begins its 2017 session this month, two questions are foremost in the minds of Nevada taxpayers: Will revenues be able to support spending demands, and if not, what groups will be tapped to supply the additional tax income?

Thornley predicts that there will be a revenue shortfall for the upcoming biennium, stating, “The shortfall will have to be addressed, but the party switch in the Legislature makes it hard to predict what legislation will look like this session. I haven’t heard anything specific about proposed new taxes. I think everyone agrees there will be at least some minor tweaks to business taxes, but it’s unclear if there will be any major overhauls. The Legislature may be fatigued on this subject because the last session was so tax-heavy.”

Curt Anderson, CEO of Fair, Anderson and Langerman CPAs in Las Vegas, said, “The business community agreed to the Commerce Tax two years ago to fund education, and it is generating more tax income than predicted. At this point we don’t think it’s appropriate to increase taxes or put additional burdens on businesses. Adding additional taxes or raising the rate for the Commerce Tax or Business Tax would generate a political fight.”

Nelson agreed, “Our clients who are in the Legislature have indicated that they’re not considering anything significant in terms of taxes this session. I think Nevada taxpayers are pretty much ‘done’ with business taxes, after the passage of the Commerce Tax last session and the big tax breaks given to Tesla and Faraday Future. Our clients are saying that’s enough for a while. I’d hate to be the state legislator who said, ‘Let’s go for a big tax increase.’”

On average, the U.S. sees major federal tax reforms every 30 years. Since the last one was President Reagan’s Tax Reform Act of 1986, the timing seems right for a tax overhaul. Experts agree that President Trump and the Republican Congress are planning to reduce taxes for individuals and businesses, and at the end of 2016, they were encouraging tax clients to look for ways to push income into 2017 when tax rates would be lower.

Political realities being what they are, no one can predict which tax proposals will actually bear fruit, but Nelson said, “We all expect a tax decrease.”

Koehler agreed and added that, “2017 could be one of the largest tax-reform years in the last 30 or 60 years. If you’re a business owner, it’s an exciting time, especially if you have capital to invest.”

“I can’t believe he’ll get the 15 percent corporate tax he wants,” said Nelson. “The Republicans in Congress have a little more moderate tax plan.” But, wherever the corporate tax rate ends up, it’s almost certain to be lower, which is good news for business owners.

Anderson said the consensus seems to be that corporate tax rates will go down to around 15 or 20 percent. “What we don’t know is how LLCs and S-Corporations will be affected,” he said. “For those of us whose businesses are structured as LLCs or S-corps, business income is not taxed at the corporate level. It’s passed through to us as individuals, and we pay taxes on it as individuals. We’re hoping there will be an adjustment on taxes paid on corporate profits.”

Trump’s proposal on so-called “pass-through income” has been interpreted several ways. Congressional Republicans have their own versions, so it’s uncertain whether any adjustment will pass or what it will look like, but any change would have major repercussions for tax planning.

Nelson said, “In the past, we’ve advised business owners to pass income through from corporations to individuals so it would be taxed at a lower tax bracket. If we really do get a 15 percent rate on corporate earnings, and self-employed people also get a 15 percent rate, that will flip-flop the tax strategy. It’s the opposite of what we’ve been telling people for 30 years. In that case, we’d advise them not to pay themselves so much in salary, but to take it all in dividends.”

Anderson added, “It would be nice to have pass-through income taxed at a lower rate. You’d have a lot more left over after taxes so you could put more money back into your business.”

Another Trump proposal with widespread support is to eliminate the federal estate tax, often called the death tax.

“Estate tax rates are currently very high, with the top tax rate at 40 percent,” said Koehler. “One proposal to replace it would treat an inheritance as a sale to the beneficiary, who would pay capital gains tax on it. That would be a big win because the capital gains tax rate is so much lower than the estate tax rate. And, there are ways to defer payment of taxes on capital gains, including using the 1031 exchange program.”

The Net Investment Income Tax, which went into effect on Jan. 1, 2013, taxes passive investment income at 3.8 percent. Often called the Obamacare Tax because it was a way to raise funds for that program, it applies to individuals, estates and trusts with annual income above a certain level. “Even if Obamacare is not repealed, our sources in Washington think this tax may go away,” said Anderson. “It’s a real impediment to investment.”

Changes in the last few years have already given businesses some tax breaks for buying fixed assets like equipment. Wilcox explained, “To encourage companies to buy equipment during the recession, Congress passed ‘bonus depreciation,’ which allowed you to expense 50 percent of the cost of new equipment in the first year, depreciating the rest over the remainder of the equipment’s life. For 2017, the rate is 40 percent, and there’s no cap to the amount of equipment you can expense.”

IRS Section 179 applies to used equipment, allowing a business to take a first-year expense up to $500,000. Congress made both of these changes permanent at the end of 2014. One of President Trump’s tax proposals would take this even further, according to Koehler.

“One exciting proposal is to replace the current depreciation framework with a system that allows businesses to expense the entire cost of the asset in the year it’s purchased,” he explained. “If that’s enacted this year, it would be a huge win for businesses, and the second half of 2017 would be one of the greatest economic years we’ve seen in a long time.”

Best Bets for the Future

Because of the uncertainty, business owners and their tax advisors have been forced to adopt a “wait and see” attitude as far as tax planning is concerned.

“Right now we’re in a holding pattern, circling at 15,000 feet over the airport,” said Nelson. “We’re just waiting for the tower to say, ‘Here are the new rules. It’s okay to land now.’”

Although Nevada tax changes would have to be decided before the end of this session, it may take much longer for any federal changes to take place. Nelson pointed out that, although President Reagan promised to reduce taxes when he took office in 1981, his Tax Reform Act wasn’t passed until 1986, and he added, “The devil is always in the details.”

Political realities also need to be considered. Trump must deal with Congress, and even though the GOP has a majority in both houses, they’ll have to broker deals both within their ranks and with Democrats in order to forge a new tax policy.

“Congress will temper some of the more outlandish plans Trump proposed during his campaign, and we’ll end up with some very fiscally conservative and appropriate changes,” Koehler said.

“Those of us on the tax side of things are somewhat optimistic these days,” said Anderson. Koehler concluded, “One way or the other, 2017 is going to be a very exciting year. There will be a lot of opportunity for business owners who are prepared to capitalize on the positive tax changes.”