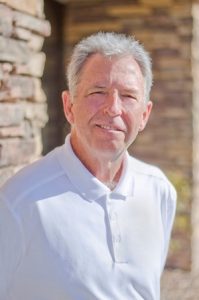 Maupin retired as Chief Justice of the Nevada Supreme Court in 2009 after 15 years in the state’s judicial system. He was a partner in the Nevada’s largest law firm prior to becoming affiliated with his current firm in 2015. The firm will become Naylor & Braster, Attorneys at Law as of March 1, 2017.

“Justice Maupin is one of the most respected judges in Nevada’s history, and it was our pleasure to be associated with his private practice work over the past two years,” said Jennifer Braster, managing partner. “His mentoring, assistance and advice has been instrumental to our growth. We are grateful for the opportunity to have worked with him.”

The Supreme Court, through the Administrative Office of the Courts, administers the Senior Judge Program with the goal of enhancing access to justice by assisting with cases that cannot be covered by a sitting District Judge.

During his career, Maupin spearheaded the Nevada Court Annexed Arbitration system, one of the most comprehensive alternative dispute resolution programs in the United States. He also worked with Nevada judges and lawyers in re-vamping the Nevada Rules of Civil Procedure and helped to form commissions and committees to improve the quality of Nevada’s judicial system, including the Nevada Supreme Court Judicial Code Commission.

Maupin ∙ Naylor ∙ Braster is a Las Vegas-based firm that was founded in 2014 as Naylor & Braster, Attorneys at Law by John Naylor and Jennifer Braster. The firm focuses on commercial litigation, construction law, appellate law and alternative dispute resolution. It recently expanded its office and is now located at 1050 Indigo Drive, Suite 200. For more information, visit www.naylorandbrasterlaw.com or call 702-420-7000.