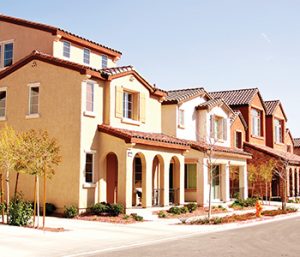 For more than 60 years, the Southern Nevada Home Builders Association (SNHBA) has been a leading advocate for housing in the state of Nevada.

SNHBA has played a leadership role in the numerous governmental and public affairs’ issues that impact the housing industry, and in particular, homebuilders, homebuyers and homeowners.

The association is the oldest and largest trade group serving the residential construction industry in Nevada. Founded in 1953 by 12 local homebuilders and incorporated with the state in 1954, the association’s members work in all facets of the homebuilding industry.

SNHBA is an affiliate of the giant National Association of Home Builders, based near Washington D.C. As an affiliate, SNHBA shares the goals of the national association: To provide and expand the opportunities for all consumers to have safe, decent and affordable housing.

“The association’s mission is to enhance the quality of life in our community by meeting the housing and community development needs of Southern Nevada,” said SNHBA Executive Director and CEO Nat Hodgson.

“The association works to accomplish this mission in several ways. We promote community attitudes that will ensure the viability and success of our industry. We combine the individual talents and resources of our 400-plus members to provide leadership to address the challenges and issues that are affecting our industry, and we implement programs that advance our members’ professional development and education in the industry,” said Hodgson, a former, longtime executive with Pulte Homes in Las Vegas.

SNHBA is actively involved with issues that range from appraisals to building codes, and from environmental protection to homeowner dispute resolution. That involvement includes lobbying and advocating on the local, state, regional and federal levels.

“The Southern Nevada Home Builders Association has done a significant job to educate and lobby on behalf of the homebuilding industry and homebuyers,” said longtime board member Dennis Smith, president of Home Builders Research Inc., a Las Vegas-based company that has tracked the local housing market for more than 30 years.

“SNHBA has been, and will continue to be, an integral part of the Southern Nevada community,” Smith added. “The association’s leadership has more knowledge and experience in housing and residential development than any other organization in this market. The association is responsible for making sure that our local homebuilders and the other residential construction industry professionals keep up with the issues facing them, particularly in government, on a regular, ongoing basis.”

A primary concern is the impact of government requirements and fees on the cost of local housing. The National Association of Home Builders estimates that, on average, governmental regulations and requirements account for 24.3 percent of the final price for a new home ­— that translates to about $84,561 for a typical new single-family home.

“The costs imposed by governmental entitites and departments at all levels continue to rise, especially as local government departments look for ways to bring in additional revenue after the financial hit of the Great Recession,” Hodgson said.

The association lobbies government in an attempt to hold down those costs, while meeting industry’s obligations to the community.

“The Southern Nevada Home Builders Association has a long history of working toward responsible and reasonable solutions that benefit their members and, ultimately, the community,” said Nevada lobbyist Carole Vilardo. “The leadership and staff at SNHBA are responsive and committed to their membership to work with all interested parties, and to arrive at solutions for the many issues that face a growing community, from infrastructure needs to lifestyle enhancements.”

Vilardo was the longtime president of the Nevada Taxpayers Association, which worked with SNHBA on issues of mutual concern, such as fair taxation; funding for public infrastructure; transportation and schools; environmental mitigation requirements, such as the multi-species habit conservation plan; impact fees and building-department enterprise funds.

In addition, SNHBA has worked with numerous other local organizations to form powerful partnerships and coalitions, to find common ground to resolve problems and challenges facing the construction industry and the community.

In particular, SNHBA has partnered with other industry trade groups, such as the Nevada Contractors Association, Associated Builders and Contractors, the Builders Association of Northern Nevada and the Nevada Subcontractors Association, to work on solutions for issues such as dust control, federal Bureau of Land Management regulations, innovative energy programs that align costs with reduced bills for consumers, revisions and modernization of industry codes and standards and developing educational and informational programs that benefit SNHBA members.

“Members of the Southern Nevada Home Builders Association unite to promote the principles of the free enterprise system, and to protect and advance the interests of the homebuilding industry, the related trades and our homebuyers,” said longtime member and past president, Frank Wyatt, a principal of Pinnacle Homes in Las Vegas.

“Thanks to my involvement with the association for many years, I’ve had a seat at the table on several matters of significant importance to our industry – codes and standards, green building, water conservation, air quality and activities at the Nevada Legislature,” Wyatt said. “The association has earned a seat at the table on the important issues affecting our community.