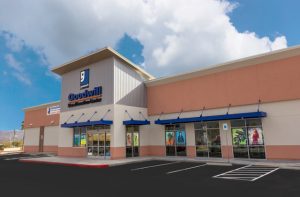 A brief ribbon cutting ceremony and presentation featuring a Goodwill team member who has overcome incredible odds will be held inside the store at 8:30 a.m. Media are welcome to attend.

The new 17,000 square foot build-to-suit location includes a 11,000 square-foot sales floor and a convenient covered two lane drive thru donation center. The new store is located in the Horizon Town Center shopping area, nearby Lowe’s. A groundbreaking ceremony was held for the new store in May 2016.

Approximately 45 new full-time jobs were created in Goodwill of Southern Nevada’s retail and operations department to support the new location.

Goodwill of Southern Nevada opened its first Henderson store in 2000 at Warm Springs and Stephanie. That location was moved to a new build-to-suit facility at 1390 American Pacific Drive (at Stephanie) in March 2015. The American Pacific Drive location doubled the amount of square footage and allowed for a convenient drive thru donation center to better accommodate donors. The expansion also created fifteen new jobs.