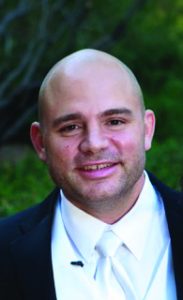 LAS VEGAS – Local REALTORS® have an increasingly optimistic outlook about the local housing market heading into 2017.

That’s according to the latest Quarterly Sentiment Index released this week by UNLV’s Lied Institute for Real Estate Studies in partnership with the Greater Las Vegas Association of REALTORS® (GLVAR). Lied Institute researchers surveyed a select group of GLVAR members about their expectations for home prices, sales and construction over the next quarter and next year.

“These findings show that our local REALTORS® are more optimistic heading into 2017 than they have been since we started doing this survey in early 2016,” said GLVAR President David J. Tina, a longtime local REALTOR®.

“It was interesting to see that not one REALTOR® who was surveyed thought that local home prices will go down over the next year,” Tina added. “And not one said that they believe the real estate market will get worse over the next year.”

Peter Counts, a data analyst at the Lied Institute who oversaw the survey, said the index increased from 112 during the fourth quarter of 2016 to a value of 117 for the first quarter of 2017. This was well above its baseline value of 100 established in the first survey conducted for the second quarter of 2016, indicating greater confidence in the health of the Southern Nevada housing market.

Counts said “this represents the fourth consecutive quarterly increase in the short-run 90-day forecast and a growing confidence in the health of the Las Vegas housing market for the next 90 days.” The 32 leading local REALTORS® who responded to the survey conducted in December were most optimistic about the prospect of increasing home prices and home sales, with more than 40 percent expecting both home prices and home sales to increase during the next 90 days.

The survey also asked these same REALTORS® about their expectations for home prices, sales, and housing construction over the next year.

They were even more optimistic about the prospects for the coming year than they were about the coming quarter. In fact, Counts said, these responses on the housing market over the next year yielded an annual sentiment index value of 133. This represents the second consecutive quarter where this sentiment index increased, and it marked a 9-point increase from the value of 124 the same index showed for the fourth quarter of 2016.

As for possible headwinds, some REALTORS® responding to the survey suggested that rising interest rates could cause a slight slowdown in the housing market.

GLVAR’s most recent monthly report on the local housing market showed that the median price of existing single-family homes sold in Southern Nevada during December through its Multiple Listing Service (MLS) ended 2016 at $235,000. That was up 8.3 percent from December 2015.

Despite an increasingly tight local housing supply, GLVAR also reported that more existing homes were sold in 2016 than during 2015 throughout Southern Nevada.

About the GLVAR
GLVAR was founded in 1947 and provides its nearly 13,000 local members with education, training and political representation. The local representative of the National Association of REALTORS®, GLVAR is the largest professional organization in Southern Nevada. Each GLVAR member receives the highest level of professional training and must abide by a strict code of ethics. For more information, visit www.LasVegasRealtor.com or www.HomeLasVegas.com.

About the Lied Institute for Real Estate Studies
The Lied Institute for Real Estate Studies was established in 1989 by the Lee Business School at the University of Nevada, Las Vegas to foster excellence in real estate education and research. The institute was endowed in 1991 through a generous gift and a challenge grant from the Ernest F. Lied Foundation Trust. In recent years, Southern Nevada has had the hottest and the hardest-hit residential and commercial real estate markets, creating a natural experiment for the study of business/economic practices and public-policy issues. The Lied Institute, in effective partnership with business and community leaders, strives to improve real estate business and effective public-policy practices in Southern Nevada. Visit www.unlv.edu/business/lied-institute.