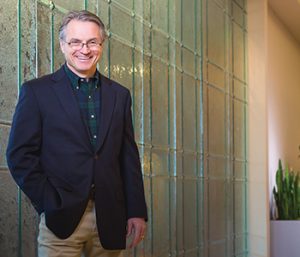 Like the fellow who narrowly escaped drowning, executives of architectural and engineering firms in Nevada are really cautious as they venture back into the water.

Obviously, industry executives are thrilled they’re landing a steady stream of new work as the development and construction sectors come back to life but, they’re wary of once again getting into deep water too quickly. That was the misstep that brought many architectural and engineering firms to the edge of calamity in 2008 and 2009.

On the other hand, there’s no mistaking the opportunities that are beginning to arise.

“The buzz is back,” said Craig Wesner, chief executive officer of Lumos & Associates, a civil engineering firm headquartered in Carson City. The firm, which also has offices in Reno, Fallon and Stateline, is seeing strong growth from private-sector clients who are developing residential, retail and other projects to support the growing population drawn by the economic resurgence of Northern Nevada.

The surge of private-sector work marks a dramatic turn from the previous eight years in which Lumos & Associates’ contracts came largely from local governments that were upgrading basic infrastructure such as water lines and streets.

Lumos & Associates was on track to post a 20 percent gain in revenue during 2016 compared with 2015, Wesner said, and the firm has budgeted a similar increase during 2017. That growth is despite a dramatic slowdown in work in rural areas of the state, where the slumping price of gold put many public and private projects on the back burner for a while.

The phones are ringing more often in the offices of architects, too.

“We are a lot busier than we were at this time last year,” said Christopher Larsen, principal in the Las Vegas office of PGAL Inc.

Larsen said both the private and the public sector are beginning to bring more work to the table, although both sectors remain somewhat cautious.

Construction projects in the public sector often are undertaken later in an economic recovery than private projects, simply because it takes a year or two for the increased tax revenues generated by a strong recovery to flow into public coffers.

“The public agencies still are not putting out a lot of projects,” Larsen commented, but he said that a steady trickle of work such as the design of a new fire station in North Las Vegas is creating some optimism among architects.

The rebound of private development, particularly big projects, spurred some public agencies to bring their own projects on-line to address the needs of growth. As a result, work in the private sector continues to strengthen.

“The private sector is still a little cautious, but our private clients have been feeling better about the economy,” Larsen said.

“The market has changed quite a bit since the recession,” said Arnie Martinez, vice president and director of architecture in the Las Vegas office of Leo A Daly. “We’re doing a lot more tenant improvement work. The dominant trend we see happening with Nevada is reinvention – the reinvention of the economy, and the reinvention of spaces.”

Leo A Daly, for instance, designed the reinvention of the former Bill’s Gamblin’ Hall property into The Cromwell, the boutique hotel on the Las Vegas Strip.

“Historically strong gaming operators are concentrating on tenant improvements that give visitors more to do besides gambling, and we’re part of making those dreams reality,” said Martinez.

Dwayne Miller, chairman of the board of Las Vegas-based JBA Consulting Engineers, said his firm’s current workload includes substantial amounts of refurbishment and renovation work in schools and other non-gaming properties. That reflects, in part, a strategic decision by the company to balance its portfolio and widen its market beyond the casino and hospitality projects that historically have driven much of the architectural and engineering work in Southern Nevada.

That’s a common strategy among the design firms that survived the recession.

Leo A Daly, which got its start in the Nevada market as an architect of gaming properties, continues to widen its focus into niches such as sports facilities. It designed the practice facility for the city’s new National Hockey League team, as well as the South Point bowling pavilion and the new aquatic center at Bishop Gorman High School.

At the same time, the firm has moved into medical projects such as renovation of the VA Southern Nevada Healthcare System medical center.

Effects of the Recession

Mark Ryan, president of the Nevada chapter of the American Institute of Architects (AIA), also noted that some Nevada-based firms are finding success in other parts of the nation — even other parts of the world. However, design professionals are very cautious about overextending themselves.

PGAL, to cite just one example, specifically wants to avoid a repeat of the boom-and-bust cycle that accompanied the massive development and massive collapse in the years leading up to the most recent recession.

“We’re all smarter,” said Larsen. “We are trying to be smart about the projects and staff that we take on.”

At Lumos & Associates, Wesner described himself as “positively pessimistic, or maybe pessimistically positive” about the market as he watches carefully for signs that it will become overheated again.

“We’ve been through a tough eight years,” he said. “Those were bad times. I just don’t want to see a return of the ups and downs.”

And tough times they were, after architectural firms in Nevada began feeling the effects of the recession in 2007, said AIA’s Ryan.

Some shut down entirely, some out-of-state firms closed their offices in Nevada, some architects who previously worked at larger firms launched small boutique firms and the principals in some firms decided it was a good time to retire.

Ryan said the firms that weathered the storm typically reduced the size of their staffs, asked principals and staff members to work longer hours and kept a very tight hand on payroll expenses.

In addition, it wasn’t uncommon for principals to borrow against their personal assets to keep their architectural firms alive during the darkest days of the downturn. Demands on smaller staffs paid some unexpected benefits, Ryan said. Staff members got a wide range of experience and grew into responsibilities far more quickly than in the past.

Now, the loss of a generation of architects and engineers is felt by firms that need to staff up.

PGAL recently advertised for an architect to join its staff of 10 in Las Vegas and received only two resumes — neither of them entirely satisfactory. The firm recruits at job fairs, especially on university campuses, and is willing to take on some recent graduates who may need additional seasoning.

“If they are good, and if they have any experience, they get snapped up quickly,” said Larsen.

Lumos & Associates added the equivalent of nine full-time positions during 2016, growing its staff to 65, and it’s relying on an employee-oriented website as well as its staff members’ network of personal relationships to find talent to fill vacancies.

“All the good people are hired and working,” he explained. “If you want good people, you have to motivate them to change over to your side.”

AIA takes a longer view and has set one of its priorities as promotion of architecture as a career option to young people. Nationally, the organization projects a shortfall of 17,000 architects by the year 2020.

The organization’s Las Vegas chapter has spearheaded development of an extensive mentoring program for the University of Nevada, Las Vegas (UNLV) students through a Hanley Wood grant, Ryan said.

The AIA Las Vegas High School Design Awards program, meanwhile, has introduced the profession to high school students for more than 20 years. This year, students were challenged to design a vacation chalet at Mt. Charleston.

At the same time, the skills required for mid-career design professionals continue to advance.

JBA’s Miller said a major change in the engineering profession has been the widespread adoption of the Building Information Modeling (BIM) technology that allows engineers, architects and builders to work with 3D images. BIM technology has been making steady inroads for a couple of years, and Miller said about three-quarters of JBA’s clients now specify the use of BIM systems.

That’s helped them meet the demand of clients who are more cost-conscious as they continue to recover from the recession.

“They (clients) want much more bang for the buck,” said Martinez. “That’s forcing us to be a lot more creative.”

“Coming out of the recession, a lot of us had to get creative and reduce our fees. Now clients have gotten used to the lower fees,” said PGAL’s Larsen. “We’re trying to get them back up to where they need to be, and we’re not seeing a lot of pushback from clients.”

Engineering firms, too, felt pressure to reduce fees. “There was a lot of undercutting going on across the industry in 2011 and 2012,” said JBA’s Miller. “The industry allowed itself to succumb to the price pressures, which is a fear-based approach.” His firm held the line on fees, emphasizing instead the value that it brought to projects.

Clients also are slower these days to give the go-ahead for projects, perhaps because their lenders don’t want to over-extend themselves with construction financing.

“There seems to be a lot of hesitation,” said Martinez. “The process takes a lot longer than it used to.”

But once clients decide to move ahead on a long-delayed project, they often want architects and engineers to complete their work very quickly, noted Larsen.

The worries about staffing, fees and time pressures all seem relatively minor to professionals who are simply glad to have weathered what seemed to be the worst economic storm imaginable.

JBA’s Miller mentioned he sees the possibility that a big project or two — a stadium for the Raiders, for instance, or a major new casino development — may further strengthen the business.

“We are now well on our way to recovery,” said AIA’s Ryan.

Even without a big announcement, there’s no mistaking the post-recession sigh of relief among design professionals.