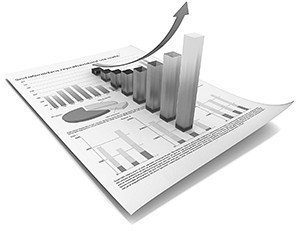 U.S. real gross domestic product (GDP) for the third quarter of 2016 expanded at a 2.9 percent annualized growth rate based on the advanced estimate. This unusual and surprising jump after three quarters of sluggish growth reflects a surge in agricultural (soybean) exports and a rebound in business inventories, which bring doubt about continued strong growth in the fourth quarter. U.S. nonfarm employment added 161,000 jobs in October. In addition, the recent average hourly earnings experienced the largest (i.e., 2.8 percent) year-over-year gain since the recession ended. Retail sales increased by 2.7 percent from a year ago, while auto and truck sales fell by 1.8 percent from September 2015. September housing starts posted a significant 11.9 percent year-over-year loss, but housing prices in the U.S. continued ticking upward. These positive economic data raise the probability that the Fed will raise the federal funds rate at its December meeting.

The Nevada economy posted strong signals on its continued economic recovery. Although seasonally adjusted statewide employment lost 1,500 jobs in September, it still exceeded its pre-recession peak. Gaming revenue in September rebounded after a notable year-over-year loss from last month, up by 3.5 percent from last year. Taxable sales in August experienced a remarkable growth from a year ago, climbing by 10.6 percent, while gasoline sales (in gallons) rose slightly by 1.1 percent during the same period. Total air passengers exhibited a strong 7.7 year-over-year increase.

The most recent data on the Clark County economy provide positive signals about the economy. The unemployment rate was down to 5.5 from 6.0 percent from August to September due to a large loss of the labor force. Visitor volume and gaming revenue experienced year-over-year gains, increasing by 3.5 and 3.6 percent, respectively, from last year. Total McCarran passengers increased strongly by 7.3 percent on a year-over-year basis. Taxable sales and gasoline sales exceeded their levels compared to a year ago by 6.1 and 0.4 percent, respectively. Residential housing permits finally jumped by 28.1 percent year-over-year after three consecutive months of declines. Commercial permits dropped by 30.8 percent to its lowest level since December 2014.

Washoe County saw distinctly favorable signs on local economic growth. The unemployment rate decreased to 4.8 from 5.1 percent in September, lower than the national rate. Taxable sales showed a robust year-over-year growth, up by 7.5 percent. Gasoline sales increased month-over-month by 3.5 percent and year-over-year by 2.7 percent. Residential housing permits continued its significant gain, rising by 77.5 percent compared to a year ago.