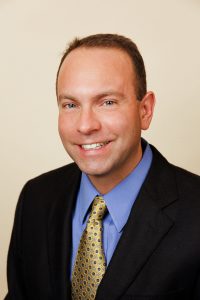 GLVAR reported the median price of existing single-family homes sold during October through its Multiple Listing Service (MLS) was $233,250. That was down slightly from September, but still up 5.1 percent from $222,000 one year ago.

“These GLVAR statistics for October show what a stable housing market we have. They also reflect some seasonal factors,” said 2016 GLVAR President Scott Beaudry, a longtime local REALTOR®. “The housing market tends to slow down in the fall as kids go back to school and the weather cools off, so it’s no surprise to see local home sales and prices cool off a bit in October. Our housing supply has been very tight for many months now, and I don’t see that changing anytime soon. As for local home prices, they continue to appreciate at a slower rate year over year.”

So far in 2016, Beaudry said Southern Nevada is on pace to sell more existing homes than during 2015 and during 2014, but fewer than during each of the previous five years.

By the end of October, GLVAR reported 7,693 single-family homes listed for sale without any sort of offer. That’s down 29.7 percent from one year ago. For condos and townhomes, the 1,245 properties listed without offers in October represented a 45.8 percent decrease from one year ago.

Beaudry said Southern Nevada has been hovering below a three-month supply of homes available for sale, when a six-month supply is considered to be a balanced market.

Homes have been selling faster this year. Compared to one year ago, the number of days single-family homes stayed on the market before selling during October decreased 20.7 percent, from 58 days on the market in October 2015 to 46 days in October 2016.

The sales pace was even faster for condos and townhomes, which saw a 35.7 percent decrease in the number of days these properties stayed on the market during October 2016 compared to the same month one year ago, going from 70 to 45 days on the market.

These GLVAR statistics include activity through the end of October 2016. GLVAR distributes such statistics each month based on data collected through its MLS, which does not necessarily account for newly constructed homes sold by local builders or homes for sale by owners.

GLVAR statistics and reports for October are based on a new methodology and data tracking system being implemented by GLVAR for its members and others. As a result of this new system and the time of the month when these new reports are created, some of the statistics cited in this month’s report may vary slightly from past GLVAR reports and statistics.

About the GLVAR
GLVAR was founded in 1947 and provides its nearly 13,000 local members with education, training and political representation. The local representative of the National Association of REALTORS®, GLVAR is the largest professional organization in Southern Nevada. Each GLVAR member receives the highest level of professional training and must abide by a strict code of ethics. For more information, visit www.LasVegasRealtor.com or www.HomeLasVegas.com.