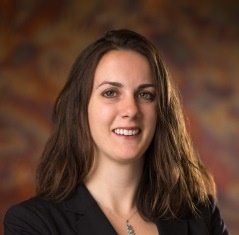 LAS VEGAS– Maupin • Naylor • Braster has been selected for a Tier 1 ranking in the 2017 U.S. News & World Report and Best Lawyers “Best Law Firms” edition. This is the firm’s second time being ranked on the prestigious list. The firm is managed by Jennifer Braster and John Naylor, both respected and decorated litigation attorneys.

“We are thrilled to have received the ‘Best Law Firms’ distinction for a second year in a row,” said Braster, managing partner. “We appreciate this prestigious recognition of our commitment to providing the highest level of legal services to our clients.”

The U.S. News – Best Lawyers “Best Law Firms” program has ranked approximately 12,000 law firms based on a rigorous evaluation process that includes the collection of client and lawyer evaluations, peer reviews from leading attorneys in their field and reviews of additional information provided by law firms as part of the formal submission process. For more information on Best Law Firms, visit www.bestlawfirms.usnews.com.

Maupin • Naylor • Braster’s named attorneys are highly decorated in their own right. Both Jennifer Braster and John Naylor have numerous local awards, have been rated by Super Lawyers and have a perfect 10.0 rating from AVVO. Naylor has also been included in the “Best Lawyers in America” ranking of the country’s top attorneys since 2015 and Braster was named among Vegas Inc’s 2015 “Women 2 Watch” and the National Association of Business Owners’ Southern Nevada “Women of Distinction.”

Retired Chief Justice of the Nevada Supreme Court A. William Maupin is one of the Nevada legal community’s most respected professionals, both as an attorney and judge. During his career, Justice Maupin spearheaded the Nevada Court Annexed Arbitration system, one of the most comprehensive alternative dispute resolution programs in the United States. He has been included in the “Best Lawyers in America” ranking of the country’s top attorneys since 2014.

ABOUT MAUPIN • NAYLOR • BRASTER
Maupin • Naylor • Braster is a law firm based in Las Vegas, Nevada that was founded in 2014 as Naylor & Braster, Attorneys at Law by John Naylor and Jennifer Braster. The firm focuses on commercial litigation, construction law, appellate law and alternative dispute resolution. For more information, visit www.naylorandbrasterlaw.com or call 702-420-7000.