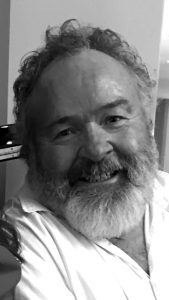 A Shot in the Head to School Choice

Almost as soon as they were signed into law by the Nevada Legislature last year, Educational Savings Accounts (ESA’s) were contested by those that would hold back a ground-breaking solution to some of Nevada’s most serious issues.

If you haven’t been following the ongoing battle for school choice, here’s a brief history. SB 302, or the ESA program, as originally passed by the legislature, allowed public funds to be transferred from the State Distributive School Account into a private education savings account maintained for the benefit of children in school. The account pays for a student’s private schooling, tutoring and other non-public educational services and expenses and those funds are used at the discretion of the parents, rather than the state.

The program was challenged on three fronts from two separate lawsuits. A recent judgement from Nevada’s Supreme Court resolved two of those complaints but left a gaping hole in the ESA program that will need to be resolved, and quickly.

However, the Justices did find that SB 302, as it was originally passed, violated Article 11, Section 6 which obligates the Legislature to appropriate funds to operate public schools before any other appropriation is enacted. Essentially, the opinion finds that ESAs are constitutional in every way but cannot be funded through the distributive account set up for public education. This unfortunately, leaves the program with around 8,000 applicants and absolutely no funding, a situation that needs to be remedied immediately.

I had hoped that since Governor Sandoval had already called a special session to discuss the now approved football stadium and he’s been so vocal about his supposed support for education in this state that he would ensure this vital issue was added to the agenda for that special session. Unfortunately, my hope was in vain.

In a statement, Governor Sandoval said, “After consulting with legislative leadership I have decided that any potential budget challenges for the next biennium will be addressed during the next regular session.” Essentially, the Governor and his cronies have left 8,000 parents in the lurch when it comes to their children’s education with a simple, “we’ll deal with that later” attitude. The problem with dealing with it later is that the elections will change the roster of lawmakers and the issue may never be resolved.

When you consider how vocal Sandoval has been on ensuring we have have a diversified economy to grow the state and the fact that education is a cornerstone to that growth, I would expect that funding ESAs would be at the top of his priority list. Well, our kids may not be able to get the education choices they deserve and our state can carry on at or near the bottom when it comes to education rankings, but at least we were able to find a way to fund a new stadium. State Treasurer Dan Schwartz said it best, “That the Legislature can pass a $750 million tax hike to fund a football stadium yet fail to find $25 million to fund the ESAs is incomprehensible.”

Call to Action: Get involved! It’s up to us to ensure that our governor and legislators know that the ESA program is a priority. Together we can make sure children don’t miss out on any more school years without more choices for a quality education.