You are here: Home / Features / Feature Story / Connecting to Tomorrow: Telecommunications in Nevada 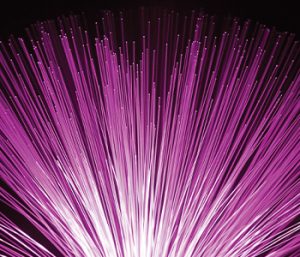 Telecommunications providers in Nevada find themselves spinning in a virtual cycle.

More telecommunications capacity continues to come on line, either through incremental improvements to networks or massive construction projects. Just about as fast as capacity increases, business users of voice and data service want powerful new devices and sophisticated data-and-voice tools that soak up bandwidth.

The cycle is driven by the growing awareness among companies, large and small, that telecommunications services provide their operational heart — creating new value in their interactions with customers and improving back-office efficiencies.

Increased reliance on the Internet by businesses and consumers alike, not to mention the advent of the Internet of Things (IoT) such as coffeemakers controlled by mobile devices and refrigerators that learn the habits of their owners, place ever-greater demands on the capabilities of the telecommunications backbone.

Among business users, two big factors drive demand for better data service, said Suehyun Johan Chung, president of the Sprint region that covers most of Nevada along with Northern California.

On one hand, he said, businesses are looking for competitive advantage in the digital experiences that they provide to their customers. That translates into demand for faster-loading pages, more video and a richer digital experience.

At the same time, Chung said businesses are looking for the most powerful and reliable tools they can find to power their own internal operations – everything from videoconferencing to cloud-based human relations operations.

“If a business doesn’t have enough bandwidth, the result is a lot of congestion and a poor customer experience,” said the Sprint executive.

At Cox, Hill noted network reliability is a critical issue for businesses whose revenue streams may depend almost entirely on digital transactions with their customers.

All this is happening, Chung said, in a fast-growing economy in Nevada, an economy in which new and expanding companies are creating a steady demand for expanded telecommunications capacity. “Everyone wants to be in this market,” the Chung said.

At the same time, telecommunications providers continue to roll out new business-focused services that place even more demand on networks. Cox, for instance, will roll out a business security offering later this year. That follows the introduction of a hosted voice service that Cox positioned as a way for business customers to stay on top of new voice technology without the requirement of a big capital investment.

For some of the biggest business users of telecommunications systems — call centers, for instance — cloud-based telephone systems are delivering remarkable new technology.

In Reno, which is home to a plethora of big call centers, Pacific States Communications works with Interactive Intelligence to provide cloud-based systems that rely on the almost limitless capacity of Amazon Web Services.

Michael W. Buis, chief executive officer of Reno-based Pacific States Communications, said Interactive Intelligence provides tools such as analysis of call-center data to make predictions about staffing needs for the next day — or the next year — while allowing managers to conduct sophisticated what-if analysis about the services they provide.

Cloud-based services, which shuffle immense quantities of data between a user’s desk and a distant data center, require large-capacity, highly reliable and fast networks to deliver their promise.

However, fast broadband service hasn’t yet arrived in many rural areas of Nevada because providers haven’t been able to make the investment pencil out, given sparse population.

Valley Electric Association Inc. (VEA), a Pahrump-based electricity cooperative, is in the midst of a large construction project to expand broadband coverage into rural areas of the state.

The first phase of the expansion will bring fiber-optic broadband to the business district in Pahrump and to Beatty, said John Spracklen, Valley Electric’s executive vice president for broadband operations and services.

The remainder of Valley Electric’s customers will be served with wireless broadband in the first phase of the project, although the cooperative plans to extend fiber optic line to every home and business in its territory in future phases of the project.

The first phase alone is estimated to cost $26 million for installation of 250 miles of fiber optic line and the associated electronics, said Spracklen. The cooperative is financing $15 million of the cost through a bank loan and has leased $11 million in electronics.

By the time future phases are complete, Spracklen said Valley Electric will be operating approximately 1,200 miles of fiber across the 6,800 square miles of the territory it serves.

The use of wireless broadband — far faster than the commercial data services now available, but not as fast as fiber-optic service — will allow Valley Electric to meet the strong demand of customers who otherwise would have to wait for the much slower construction of fiber lines.

Spracklen explained that the cooperative will reach many of its 17,000 member-customers this year by shooting wireless service to homes, ranches and businesses from the tops of existing infrastructure. Valley Electric will then upgrade those customers to faster, wired service as construction of fiber lines moves along.

The move into broadband service reminds some of VEA’s longtime members of its start 50 years ago, when the cooperative was created to bring electric service into remote areas that couldn’t be served by traditional utilities.

The new project follows the same pattern, bringing the benefits of broadband to communities that otherwise might not be able to tap into many services — ranging from financial management to Netflix — available only to broadband users.

Valley Electric executives have said their cooperative’s project reflects the reality that high-speed Internet isn’t a luxury that can be delivered only in urban areas. It’s a necessity for everyone.

Farmers in the Pahrump area, for instance, look forward to using Internet technology that helps pinpoint the best times to plant and apply fertilizers. Schools in communities such as Gerlach will be able to use videoconferencing, YouTube and online learning to enhance the education of their students.

The availability of fast Internet delivered over fiber-optic lines will also allow businesses and professionals in Pahrump to widen their markets to include the entire world.

Not all the projects to improve the telecommunications networks in Nevada are that big. Sprint, for instance, is building capacity on its network in Nevada through progressive upgrades — an additional repeater here, installation of briefcase-sized small-cell technology there.

“It’s not a rip-and-replace strategy,” said Chung, who notes that much of the Sprint strategy is driven by a need to build a dense network that meets the needs of heavy consumers of data in 4G and the coming, super-fast 5G systems.

Those 5G systems may prove particularly important in an era of self-driving vehicles, where even the smallest improvement in data speeds may prevent collisions.

That means that business telephone users want seamless integration between all of their voice systems — work, home and mobile. New systems, for instance, allow for calls that begin on office phones to be easily handed off to cell phones. No more of this: “I’m on my way out of the office. Can I call you back on my cell in a minute?”

Clients these days can expect integrated systems that deliver voice, email, instant messaging, presence (the ability to check the availability of a co-worker), calendaring, video and audio conferencing and desktop sharing in one package.

The next new world of telecommunications — the one that’s begun to peek over the horizon — is defined by convergence, said Dominic Marrocco, co-founder and chairman of the board of Las Vegas-based Equiinet.

The company, with 15 employees in Nevada, includes over 50,000 customers in the United States, Europe and China and delivers all-in-one voice and data services to business customers.

Marrocco said enterprise-sized telecommunications customers want a single source for all their voice and data requirements, no matter what legacy equipment they may be operating, no matter where their operations may be located, no matter how widely scattered their employees may be.

“Equiinet is able to bridge the gap between the old world and the new world,” said Marrocco. A popular product, for instance, allows the use of passive technology that allows outmoded legacy telephone systems to deliver the features of smart dial tone.

Ironically, all of the new features and new technology often increase the need for human beings to sort things out and ensure that users actually use all the features they’re buying.

“Nothing is truly plug-and-play. Nothing,” explained Buis. His team routinely returns to clients’ offices a few months after completing a new installation just to show folks how to use all the features that they missed originally.

His company has carved a profitable niche during its 30-year history by handling products from multiple vendors — NEC, ShorTel and Allworx among them — then finding the right product for each customer.

“Our job is to understand the client and put together the best combination of products and services to meet the client’s needs,” Buis said.

The accelerated change and the growing complexities of the market mean that business customers of Cox look to the telecommunications company as a trusted advisor.

“We’re more than technology advisors to them,” said Hill. “We listen to what their requirements are, then we craft solutions for them. We are their technology partners.”

“The people of Cox are interested in enabling customer success. It’s always about the customer and their user experience and their technology experience,” said Hill. “This is an exciting time to be in the telecommunications business.”

The demand for excellent service, however, occasionally sounds a cautionary note for fast-growing Equiinet.

The company’s business model is unusual, Marrocco noted. It doesn’t charge clients for use of its hardware, but collects a monthly fee for technical support. “It builds a relationship,” he said. “Customers learn to rely on us to meet their needs.”

However, the business model, with its heavy emphasis on customer service, occasionally taps the brakes on the growth of Equiinet. Marrocco said the company doesn’t want to take on new customers unless it’s absolutely, dead certain it can provide excellent service to them.

Even at that, privately Equiinet is racing along at a 300 percent compounded growth rate.

While companies across the telecommunications industry emphasize the importance of service and expertise, business customers are highly sensitive to price as well.

For Sprint, Chung said customers’ price sensitivity has led to a strategy in which the company markets the value of its offering rather than focusing exclusively on its capabilities or its price.

Competition is particularly stiff among the mostly local companies that work directly with businesses to provide voice and data equipment and services. “Anyone with a server can open a phone system these days,” said Buis.

In addition, not all clients want to pay for the experience and advice of firms such as Pacific States, opting instead for a lower-priced system that provides limited ongoing support.

Often, Buis said, his firm sees those clients — chastened by a bad experience — return a couple of years later to take another stab at the problem, this time with some expert advice.