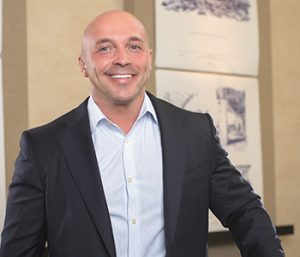 Call it flattening or softening or just call it a leveling off – Nevada’s housing market seems to have found an even keel in the second half of 2016, and most professionals in the industry are calling that a good thing.

After the housing bubble hit Nevada in the early 21st century when demand outstripped supply and prices rose over weekends and overnight, the inflationary bubble burst and Nevada’s housing market crashed.

Now the market is seeing cautious optimism on both ends of the state. Inventory of standing houses has been absorbed, the so-called shadow inventory seems to have disappeared and, at least in Southern Nevada, the population is growing at approximately 5,000 new residents a month.

Everybody’s got to live somewhere. In pockets where demand for homes is rising, it’s not necessarily traditional demand for single family houses. The market is changing, and that may well be a good thing for Nevada’s economy.

“As far as home building goes, we’re pretty status quo,” said Nat Hodgson, executive director, Southern Nevada Home Builders Association (SNHBA). “We’ve got little blurps up in the single digit increases, so I just tell everybody we’re pretty even keel, just holding our own with no spikes this year. It’s been pretty pleasant.”

What a strong building market means after the last recession is that companies at every level are running into labor shortages, time delays, material and land costs increases.

All normal operating procedure, to some extent, when it comes to residential building, but with some added emphasis this time around. For one thing, pre-approved projects that were ready to build when the recession happened are coming to fruition.

“What we’re seeing is that pre-approved ready-to-go projects and lots have been or are being fully absorbed at this time, so all incoming projects are having to go through the entire [time consuming] project planning phases and city council and building department approvals, so that’s really causing lag time to market for new projects and finished lots,” said Tatro.

“On the front end, building a new project can be more time consuming and not as defined a process to go through and get a map approved and get a plan put in, infrastructure and things like that. It’s definitely more time consuming,” said Rob McGibney, president, KB Home. “There’s challenges with different municipalities, like getting your plans approved on a schedule you would like. But when permitting houses, we don’t see a lot of delays or challenges.”

Master planned communities don’t face the same challenges with permitting. For example, Cadence, in Henderson, not only benefits from Henderson’s streamlined process with guaranteed turnaround time frames, but the project is zoned as a planned community rather than individually zoned parcels.

Smaller developments may find the process more difficult. Artisan is building in Spanish Springs and Fernley, and while there’s energy in the Northern Nevada market, there are also challenges.

“When trying to get permits from the Division of Real Estate to sell these communities, there’s anywhere up to a six month backlog just to get approved,” said Androo Allen, director of operations, Artisan Communities.

By far, though, the biggest struggle for builders is finding labor.

“This has been a tough year for trade labor,” said McGibney. They are finding it, but not on the same schedule as 2012 or earlier. “As the market has improved and permits gone up and we’re building more houses in Inspirada as well as across the Valley, labor is tight and that presents challenges. Still, it’s nothing we haven’t been able to overcome and get homes built near schedule.”

“We’re having a problem with specialty trades, primarily finding plumbers and electricians,” said Gregory Peek, vice president, ERGS Properties. “It’s difficult to even find people who want to bid on a project, let alone take one on.”

One initiative aimed at replenishing the construction trades is a program put together with the Department of Immigration and Mexico to bring skilled workers into the U.S. with work visas. Workers remain in the same construction job for eight months and can then apply for citizenship.

“The program is in its infancy, but it’s starting to bring some really good qualified labor into the workforce,” said Allen.

It’s hard to blame tradesmen who left the construction field, Hodgson notes – the volume of new building is still below the numbers at the time of the last recession in home building in 1991.

In Northern Nevada, there’s a perception that builders are building more than they actually are. There are pockets of growth, projects in Spanish Springs, Sparks and Fernley, and still Northern Nevada will probably see around 2,000 permits pulled in 2016.

What building is taking place in Southern Nevada is spread across the Valley. Master planned communities cover compass points, from Skye Canyon in the northwest to Mountain’s Edge in the southwest, Cadence in Henderson off Lake Mead, and Inspirada in Henderson in the southeast.

Sales at Inspirada, a master planned community located east of Anthem in Henderson, has accelerated in recent years. Collectively, the four builders in the project have pulled more than 2,100 building permits, and there are 66 models completed and ready to tour.

The build out limit for Cadence is 13,250 homes. “My guess is it will be somewhere in the neighborhood of 12,500 at build out,” said Lee Farris, vice president, land development, Cadence. That number encompasses a full range of homes from apartments to town homes to single family residences.

Ascaya, located above MacDonald Highlands in Henderson, has sold five lots in the last four months, more than what was sold in the second half of 2015. Ascaya is a luxury community where seven world-renowned architects are designing custom homes ranging from 7,500-square-feet to 10,000, and from $6.5 to as much as $10 to $12 million, according to Darin Marques, sales manager.

Even if new residents are buying in master planned communities, the numbers still look like there are more people than homes. Figuring that Southern Nevada in-migration is somewhere around 5,000 a month, and figuring each new family is 2.2 members, that’s a lot of people needing homes.

“All the economists, whenever they show numbers, they tell you what demand should be,” said Hodgson. “They’ve all agreed that we should be building more than we’re building with those numbers and no one has explained why we’re not. Which is encouraging to me. It’s not like I’m looking over my shoulder. I think we’re under serving but we can’t build anymore at this time so I think we’re in a pretty decent spot, especially compared to where we were eight or nine years ago.”

Especially given the fact that Southern Nevada is landlocked. It’s not that there’s a lack of land, Hodgkin says; there’s just a lack of land that can be covered in houses. No other state in the nation has as much federal government-owned land as Nevada.

Northern Nevada is also landlocked, with less a shortage of land than an increase in land costs. Projects that were ready to go before the recession have already gone, they’re built and finished.

“So what you’re seeing now is new developments coming back into the market and land value has gone up, so that’s driving project costs up, so it’s difficult to make those things pencil,” said Tatro. “The other thing is, you still have restricted access to capital money for development.”

Land costs aren’t the only costs going up. According to a National Association of Home Builders study, the average cost of regulation per single family home is 24.3 percent, and that number has increased 30 percent in the last five years, according to Tatro.

“It’s really regulation creep at all levels,” Tatro said. “Not that we shouldn’t have any regulation, but it’s really compounded the price of everything going up including local regulation. For instance, in just permits and fees anywhere in the Washoe County area, you’re looking at a cost of $30,000 to $40,000 per house. That includes [utilities connection fees], but that’s before you ever pound a nail or buy a single piece of lumber. That’s significant. At 24.3 percent, rough numbers, with a $330,000 house, you’re looking at [paying] $80,000 of that house for regulations.”

There’s movement in the market again, and builders are building, but they’re not speculating.

A number of multifamily projects are underway on both ends of the state, and to some extent, a trend for residents to rent rather than buy.

“With the change in culture and the change in the economy and other factors, it seems as though people are less willing to buy or maybe less able to afford a single family house and they’re putting off that purchase,” said Peek.

“There was a basic escalation in the average market price of homes up to $336,000 in Washoe County,” said Allen. “That’s a bit of an increase and it was an impact of people standing back and waiting to see what’s coming down the line as far as jobs and what’s truly going to happen.”

“What we’re seeing in the real estate market right now, you hear some people use the term ‘flattening out.’ I don’t see it as flattening out,” said Marques. “It’s leveled out. It’s where it should be, and that’s better for all of us, because having sharp increases in the market isn’t good for anyone, because at some point it’s going to come down. It creates a false sense that [buyers] need to buy now. It creates a sense of urgency and that’s where you see the huge inflationary increase.” Currently increases are slower, more steady, and sustainable.

“The other thing you hear people saying is there’s going to be another [housing] bubble,” Marques added. “But you have to realize, I think it’s close to 50 percent of the home purchases in the last few years have been cash.” That’s good for the market because if the economy turns again and home owners lose their jobs, they won’t lose homes already paid for, and those homes won’t end up back on the market.

“There are no spikes up, no spikes down, it’s even keel smart growth,” said Hodgson. “I like that, especially after what we went through. I like the single digits to low double digits increase every year, I think that’s healthy. I think our years of doubling each year are gone.”

Not because it didn’t work last time, but because it only worked for a while last time. “It worked out for a couple years but now not so much. Now I think you’re at a deep actually 7 to 12, 13 percent growth here every year and I think that’s good,” said Hodgson. “We can maintain that. We can handle that. Hopefully that allows us to bring more labor onboard, there’s companies moving here, we’ve got economic development agencies working, we’re being more diverse, and it’s going to help everybody out in the long run. Because everybody needs a place to live.”