You are here: Home / Departments / Commentary / The Second Amendment is a RIGHT … Not a Privilege: Vote NO on Question 1 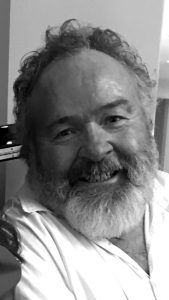 Next month, Nevadans will be asked to vote on Question 1, which would add a restriction to the sale or transfer of firearms. If passed, the law will require transfers, with few exceptions including those to immediate family, be done through a licensed gun dealer who runs a background check. The dealer may charge a “reasonable fee” for the service. Failure to go through a licensed dealer may result in a $2,000 fine, and otherwise law-abiding citizens could end up going to prison for up to a year.

There are a number of reasons I oppose this bill. First of all, I believe its a preamble to a gun registry….which is a preamble to confiscation. If you think I’m smoking dope (which, by the way is another issue we’ll be voting on), do a quick study on how the American Indian lost their weapons, their freedom and their land. It was done one calculated step at a time.

Most people don’t realize the Federal Gun Owners Protection Act of 1986 makes it illegal for the national government, or any state, to keep any sort of database or registry that ties firearms directly to their owner. But, just because it’s illegal doesn’t mean the government won’t break the law. The ATF keeps at least five databases on specific firearms and owners.

Imposing new laws will never cause criminals to follow the law. In fact, this law would instead make criminals out of law-abiding citizens. And, those intent on doing evil will continue to obtain firearms through the black market, straw purchasers and theft. Regardless of background checks, insane people will still be able to get guns. James Holmes, the Aurora shooter, was judged sane under Colorado law, was under psychiatric treatment and legally purchased the weapons used in the shootings. According to the National Rifle Association, many law enforcement officials, who are on the front lines when it comes to dealing with gun control, oppose Question 1.

Aside from the fact the law won’t keep guns out of the wrong hands, what about the cost? Do a quick case study on our neighbors to the north and their expensive exercise in gun registration. Canada introduced gun registration in 1993 with an estimated annual tab of $2 million. In 2002, an audit by the country’s Department of Justice estimated the costs would be more than a billion by 2004, while revenue from license fees would be about $140 million for the same period. Add to that estimates that 70 percent of guns in the country were never registered and the program was abandoned in 2012. Can we not learn from the mistakes of others?

If you’re a regular reader of the magazine, you may recall my commentary back in May of this year whereby I detailed our state’s recent history with gun laws. While that commentary did mention our governor vetoing the proposal in 2013, I neglected to thank him for his leadership. So thank you Governor Sandoval for your reasonable approach to gun control.

Call to Action: Get in touch with your state and federal representatives to let them know that the BLM owns enough of Nevada; we can’t allow that agency to retroactively charge future development into nonexistence.