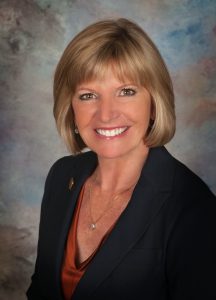 “As we’ve been saying for some time, the local commercial real estate market continues to make slow and steady progress, although we still have sectors that haven’t fully recovered from the dramatic downturn we experienced during the recession,” said 2016 CALV President Soozi Jones Walker, CCIM, SIOR, and a longtime local commercial real estate broker. “For example, we’re finally starting to see more encouraging news about our local office market, which has been the slowest to bounce back.”

According to the latest data from Xceligent and CALV, the Southern Nevada office market ended the third quarter of 2016 with an overall net absorption of 473,251 square feet.

“This is the greatest amount of activity the market has seen in a single quarter over the last two years,” said Tina Reith, director of analytics for Xceligent in the Las Vegas market. “With over 70,000 square feet of space scheduled for occupancy next quarter, the market is on track for over 800,000 square feet of absorption by the end of the year. This would make for two consecutive years with absorption totals of this caliber.”

Year-over-year, Reith said local office vacancy rates have decreased from 18 percent to 16.1 percent. Class A office space has been holding steady, with a vacancy rate just under 20 percent. The local vacancy rate for Class B office space improved by 2.1 percent, while Class C space has seen its vacancy rate fall by 0.7 percentage points in the last year. Meanwhile, office rents are increasing, with the weighted average monthly rental rate now at $1.83 per square foot and increasing by 2 cents per square foot during each quarter of 2016.

At the same time, Walker said retail highlights during the third quarter included the opening of the first Southern Nevada locations for popular restaurant chains like Cracker Barrel and Dave & Buster’s, with Chick-fil-A locations soon to follow.

Reith expects this trend to continue, with more industrial space currently under construction and “coming through the pipeline as pre-leased space.”

Xceligent, a rapidly growing provider of commercial real estate information locally and nationally, partners with CALV and local commercial real estate market professionals through their Quarterly Advisory Boards to produce quarterly reports on market trends and conditions in the office, industrial and retail markets in Southern Nevada. The report released today covers activity through the third quarter of 2016.

Walker, whose professional designations include being a Certified Commercial Investment Member (CCIM) and a member of the Society of Industrial and Office REALTORS® (SIOR), is one of dozens of leading local commercial real estate brokers who serve on advisory boards that help verify and produce these reports. She thanked her fellow brokers and others for sharing their time and expertise to help verify this data and to ensure these reports are the most accurate overview possible of the local market.

About the Commercial Alliance Las Vegas
The Commercial Alliance Las Vegas (CALV) is the commercial real estate division of the Greater Las Vegas Association of REALTORS®. It organizes and empowers the industry in Southern Nevada through education, networking, promoting professionalism and shaping public policy. Membership in CALV is open to REALTORS® and non-REALTORS® alike. For more information, and to access the full reports on the commercial real estate market, visit www.calv.org.